"THE DEAD ARE SILENT By Arthur Schnitzler" 1907

I am really glad I decided to once again participate in
German Literature Month November 2013.
So far I have read and posted on these works, all but Kafka are new to me writers.
The Tin Drum-by Gunther Grass
"The Judgement" by Franz Kafka
All Quiet on the Western Front by Erich Maria Remarque -very powerful war novel
"A Letter from an Unknown Woman" by Stefan Zweig.
The Death of the Adversary by Hans Klein - a work of genius
"The Job Application" by Robert Walser
Chess Game by Stefan Zweig-I will read much more of his work
"The Battle of Sempach" by Robert Walser
I have also listed to podcasts of "Basta" and "Frau Wilkes" by Robert Walser
The March of Radetsky by Joseph Roth I hope to read all his work

"Flypaper" by Robert Musil
"Mendel the Bibliophile" by Stefan Zweig - I totally love this story.
"The Dead are Silent" by Arthur Schnitzler (Amazon has a free kindle edition of this 14 page story) was another first look at a new
to me writer.   It felt like a story Guy de Maupassant might have written on a day when he was writing
fast formula slightly risqué for the times stories.  It was very much worth reading.  It is told by a
married woman who has been committing adultery for a long time.  It has a very dramatic event.  While
on a carriage ride with her lover, the carriage hits something and they are both thrown out of the carriage.  She is covered with mud and she fears her lover is dead.  Her first impulse is to flee  before
the police arrive.  She worries her husband will somehow find out about her long term adultery.  The
ending is interesting.

A doctor himself and close friend of Sigmund Freud, Arthur Schnitzler was one of the most important playwrights and novelists of early 20th-century Austrian literature. From Good Reads. 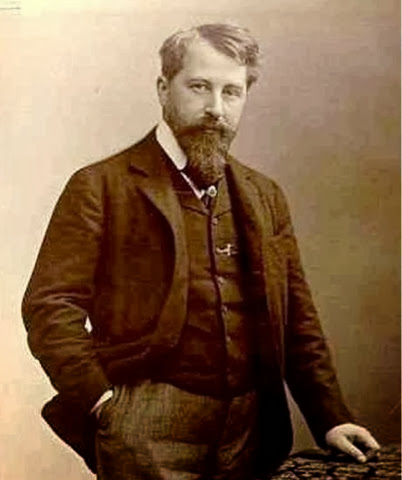