The Radetzky March by Joseph Roth - 1932

"The world worth living in was doomed. The coming world deserved no decent inhabitants." Joesph Roth 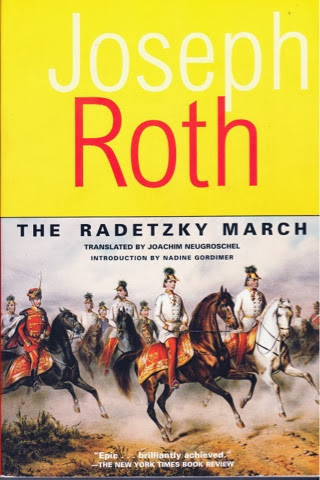 German Literature Month November 2013
So far I have read and posted on these works, all but Kafka are new to me writers.
The Tin Drum-by Gunther Grass
"The Judgement" by Franz Kafka
All Quiet on the Western Front by Erich Maria Remarque -very powerful war novel
"A Letter from an Unknown Woman" by Stefan Zweig.
The Death of the Adversary by Hans Klein - a work of genius
"The Job Application" by Robert Walser
Chess Game by Stefan Zweig-I will read much more of his work
"The Battle of Sempach" by Robert Walser
I have also listed to podcasts of "Basta" and "Frau Wilkes" by Robert Walser 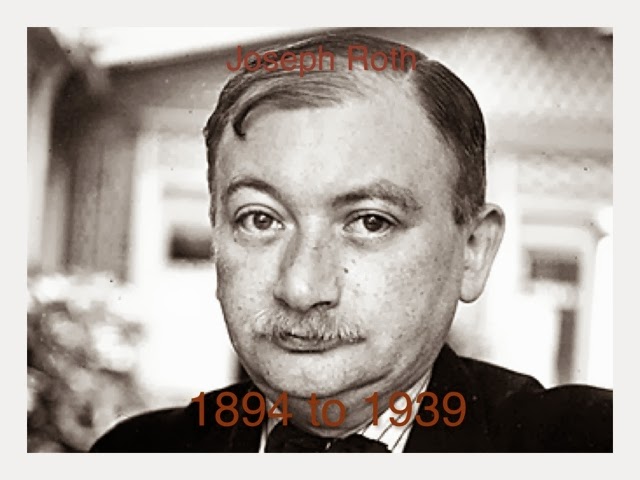 I find myself very attracted to works by authors from the Austro-Hungarian Empire.   I think I identify somehow with the deep love of the reading life found there, by the portrait of a doomed culture, by the mix of numerous cultures.  I think it is tied in to why I am now watching Gone With the Wind even though I have seen it dozens of times.  I am planning soon to announce a major reading life project on literature of the Empire.  Many Yiddish writers lived in the boundaries of the Empire and some of its most important writers like Joseph Roth and Stefan Zweig were Jewish.  Of course towering figures like Ludwig Wittgenstein, whose works I read intensely decades ago and Sigmund Freud who I have never read came from this culture.  Joseph Roth is one of the great chroniclers of the decline of the Empire.  I plan to read all of his translated works that are available as Kindle editions.
The Radetsky March chronicles the fall of the Austro-Hungarian Empire via three generations of the Trotta family.  Emperor Franz Joseph the I (1830 to 1916 ) actually appears as a very old man, Roth's treatment of the aged monarch managed by his handlers surpasses brilliance.  Of course the seeming physical and mental decline of the Emperor reflects the decline of a once magnificent culture.  (the worst ravages were still to come under the Nazis but that is another very big story.)
During the Battle of Solferino, (June 24, 1859) in which Austria, with the then young Emperor in command on the field, fought the French and Sardinians and lost.  During the factionalized magnifently account of the battle one Lt. Trotta sees an enemy ready to shoot the Emperor.  He jumps in front of Franz Joseph and takes a bullet meant for him.  Trotta is made a heriditory baron and given a fortune.  He is from peasant stock (there is a tremendous lot of material related to social classes) and we see his slow transition to a landed aristocrat.  Of course he soon marries and has a son who also will pursue a military career, the only one fit for a man of quality.  The contrast of the values and demeanor of the raised as aristocrat destined to be a baron son mirrors the decline of the empire into decadence though a departure from old values.  There is deep irony in this as it is these values that will destroy the empire.
There are just so many wonderful things in this novel.  One small detail I loved was when Roth referred to,"red headed Jews descended from the old Kahzar Empire".   There is a marked distinction in the society represented in the novel between Yiddish speaking Jews and fully assimilated Jews.  Jews are depicted as money lenders, scholars, and traders.  There is even a reference to the Rothschilds.  These are very complicated issues.
A lot of time is devoted to military life.   Gambling is very big and brothel visits are de riguere for officers.  In one amazing scene we see the near nauseous reaction of a seemingly gay officer to a naked prostitute. Dueling over slights to honor is a very big factor in the novel.
Death hangs over this novel, most of the officers we know will ended up killed in just senseles wars.  We see the reaction to the assassination of the Arch Duke in Serbia that starts WWII.
The Radetsky March by Johann Strauss is played at important parts in the novel. There are just so many wonderful details in this wonderful book.  Read it slowly and savor it.  The next of his works I read will be The Emperor's Tomb, a successor to The Radetsky March. 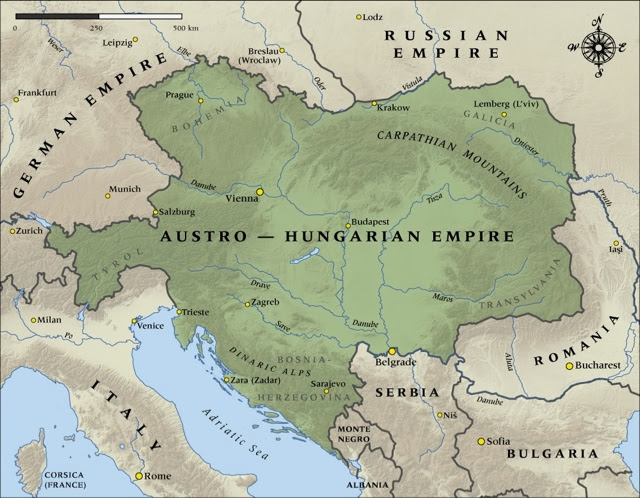 I read this a couple of years back and loved it. http://theknockingshop.blogspot.ie/2011/04/radetzky-march.html
Can I recommend Embers by Sándor Márai which I have just finished and similarly records the decline of the Austro-Hungarian empire. (Hope to post in next few days)

An excellent book recently broadcast on BBC Radio4. I have just been to Berlin and can recommend Joseph Roth's Diele in Potsdamer Strasse for both the food and the books-Gemutlich!

This is one of my favorite historical novels. Brilliant in conception and a delight to read. Roth's non-fiction essays are worth exploring especially those about Berlin in What I Saw: Reports from Berlin 1920-1933