"The Tales of Hershel Summerwind" by Itzik Manger. 1935 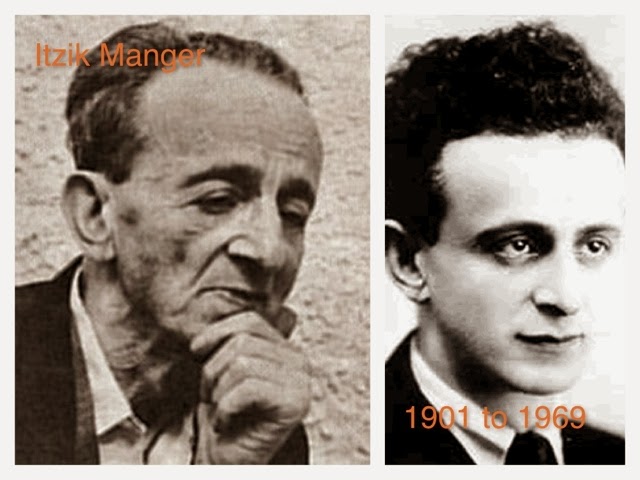 A very generous gift of books from Yale University Press is making this project possible.
Yiddish, German, and Austro-Hungarian literature are interrelated in many complex ways.  In The Origins of Totalitarianism Hannah Arendt takes as one of her central themes the idea that modern totalitarian forms of government developed as a result of vicious anti-Semiticism. If she is right, then it was the development of Nazism partially as a hatred from European Jewish culture that ended up destroying Viennese culture that produced  so many great writers and murdered most of the original readers of Yiddish literature.  Stefan Zweig moved to Brazil to escape the destruction of the culture he loved and shortly afterwards he and his wife committed suicide.
Itzik Magner's life mirrors the movements of many other Jewish writers attempting to escape from their Nazi controlled homelands.   Magnar was born in Czernonitz in the Ukraine in 1901, then part of the Austro-Hungarian Empire (as was Gregor Von Rezzori).  He moved to Warsaw in 1928 as it afforded him more publishing and theatrical opportunities for his dramas.  He was very successful but in 1938 to escape the Nazis he moved to Paris (as did Josesph Roth in 1933).  In 1940 he moved to London and became an English citizen.  In the mean time the Nazis burned all of works they could find and murdered a large percent of his readers.  In 1958 he moved to Isreal.  He was a tremendous success as a playwright there and when he died there in 1969 he was declared an Isreali National Poet with hundreds of mourners at his funeral.  Leonard Wolf's introduction to the Yale collection presents a marvelous portrait not just of Manger but of the era. 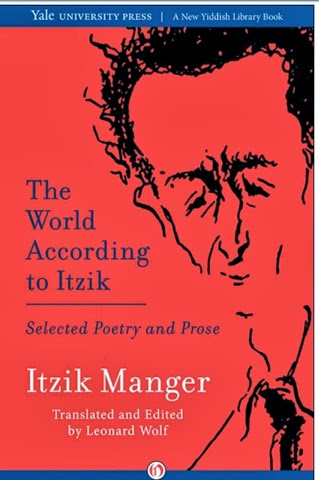 Leonard Wolf says under a surface simplicity Yiddish fiction and poetry is among the most complex and sophisticated in the world.  The authors were almost all very erudite, learned men (no female Yiddish writers of repute as far as I can see).  Manger intended to complete a book of ten short stories modeled on Bocaccio's Decameron.  He planned it to be told by Jews from ten different countries terrorized by the Nazis.  It was to be set in an undergroud bunger where they were all hiding out from the horrors of the Nazis.  Each person was going to tell the group a story to help pass the time.  Sadly he only competed two of the stories.  Wolf has thankfully included them both in the Yale Collection. One is "The Story of Hershell Summerwind" and the other is "The Story of the Nobleman's Mustach".  I shall post on both of these short stories and another unrelated story in the collection.
Hershel Summerwind is eighteen.   His story draws on childhood memories and the very wide spread folk tale of a boy whose father remarries when the boy's  beloved mother dies.  The step mother treats him with great cruelly. His father wants him to "grow up".  The step-mother has a pet rooster who she thinks is the reincarnation of her first husband.  Hershel and the rooster hate each other and a lot of the fun of the story is seeing them battle it out.  On the day of his sister's wedding, his father sends him in a wagon to the father's best friend's house to get a barrel of twenty year old wine, a wedding gift.  Hershel has some great adventures and misadventures on this errand.  A flock of drunken birds takes him for a long flight in one hilarious segment.  This is a very good totally fun to read story.