"The Auspicious Vision" by Rabindranath Tagore (1910) 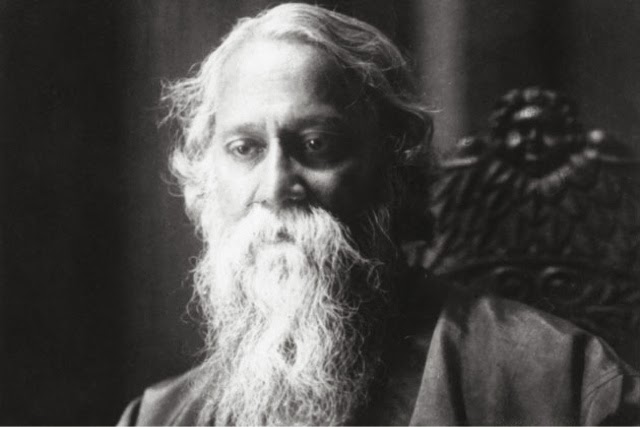 I have been reading the short stories of Rabindranath Tagore (Calcutta, 1861 to 1941, awarded Nobel Prize for Literature, 1913) for a few years now.  (There is back ground information on him in my prior posts.). I hope to be reading them for a long time.  Tagore was a man of profound wisdom, deeply versed in Hindu traditions.  Einstein enjoyed metaphysical conversations with Tagore and W. B. Yeats was enthralled by him.  Ganhdi came to him for moral advice. 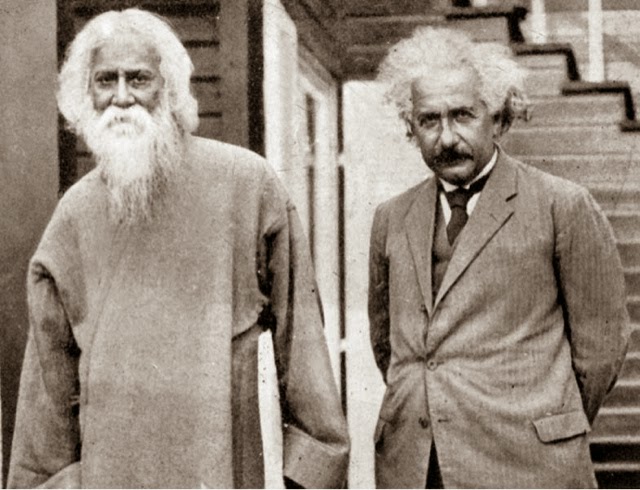 "The Auspicious Vision" begins on the bank of a river.  A wealthy man is on a duck hunting expedition accompanied by servants.  He spots a beautiful young woman, just adolescent on the banks of the river.  She is holding some ducklings in her arm.  He tells her don't worry I won't shot them   (In reading stories such as this, recall marriages were mostly arranged and girls once 13 or so were considered of marriageable age.). The girl runs off without speaking to him.  He tells his men to find what family she is from as he wants to marry her.  He goes to visit her father and the father, happy to have a rich son in law, readily agrees to give his daughter in marriage.  As is the custom, the groom will not see her until what is called in Bengali wedding tradition, "The Auspucious Moment".  At that moment the groom gets a surprise that at first angers him.  The bride is not the girl he saw.  Then he realizes the father in law was never told who the girl was so he simply married him to another daughter.  There is a further surprise to come and I will leave that untold.  I liked this almost fable like story a great deal.
You can easily find this story online.
Mel u

I've always loved TAgore's poetry, but hadn't read his short stories - thanks for the introduction!

Nyc.I read this short story before 2 months.like the beginning the climax of the story is also beautifully portrayed...