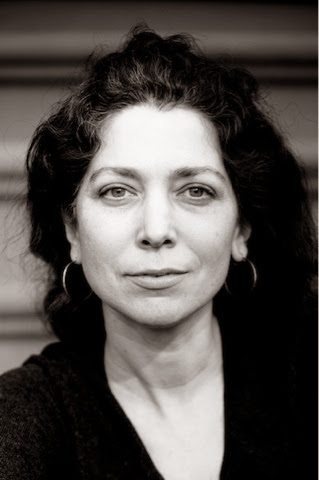 "Her mother patted the headstone the way she used to brush his jacket.  She was smoothing down his shoulders and whispering in his ears".

As I read these beautiful deeply moving and disturbing lines I cannot help but see my wife one day doing exactly this one day.

Inclusion in the long standing series of anthologies of The O. Henry Prize Stories is a great honor.  In order to be legible a story must first have been published in an American or Canadian literary journal.

Yesterday, with a reread this morning, I read a very moving and beautifully sad story by L. Annette Binder, "Lay My Head" included in The O. Henry Prize Stories, 2013 (first published in The Fairy Tale Review).  My earliest reading memories are of being read fairy tales.  My youngest daughter saw an edition of The Complete Fairy Tales on my book shelves a couple of years ago and asked if she could keep on the shelves in her room.  She has it booked marked so I know she is reading it.

One of the associations in literature worldwide is that of beautiful people with goodness and unattractive, ugly people with evil.  You see this every where from the latest popular novel to the great works of literature.  I increasingly think this, as it is mostly women who are described as beautiful represents the deeply pervasive image of women as commodities for men to consume.  This prejuduce runs so far down into our consciousness that most repudiate my idea.  Illness as it changes appearances away from standard notions of beauty is seen as a manifestation of evil with the person, either an ancient curse or inherent malignancy coming out for the "beautiful" people and their admirers to fear.  These  are part of what I see as themes of "Lay My Head".

As the story opens Angela, her appearance badly impacted by illness, is on a plane from Los Angeles to her mother's house, where she grew up.  A small child on the plane is fascinated by her appearance, not yet having learned to fear the different.  I do not wish to spoil this story for potential readers but here are some of the other things it is about- living with a disease, waiting for death, existence in a world gone narcorpoliptic, memories of the dead shading over, loving those gone, maybe loving death.  It depicts a dark world where those with the wisdom to see beyond the prepackaged world cannot escape sadness and loneliness.

I was born in Germany and grew up in Colorado. Like many immigrant kids, I learned my English from primetime TV and the Saturday morning cartoons. My parents spoke to me in German, and -- to their dismay -- I started answering in English before the boxes were even unpacked. I have degrees from Harvard, Berkeley, and the Programs in Writing at the University of California, Irvine.
My debut collection of stories, Rise (Sarabande Books), received the 2011 Mary McCarthy Prize in Short Fiction (selected by Laura Kasischke).
My fiction has recently appeared or is forthcoming in The Pushcart Prize XXXVI, The PEN/O. Henry Prize Stories, One Story, American Short Fiction, The Southern Review, Third Coast, Fairy Tale Review, Bellingham Review, Beloit Fiction Journal and others. One of my stories was performed as part of NPR's Selected Shorts. I am currently at work on a novel based on my story "Dead Languages," which appeared in The Southern Review.

I hope to be able to read her debut collection of short stories, Rise, soon.

Such powerful, moving words here. I vividly recall having fairy tales read to me as a child, and I in turn read those tales to my young daughters... from the same tattered book that had belonged to my own mother.
I have found that children respond to the depth of darkness and sadness in these tales just as much as they do to the more playful, whimsical elements.