Recently I was honored to be able to present a Q and A session with Mike Phillips, a leading author in the fantasy genre.  He also told us how he created alternative universes and let us see how a very creative mind works.  Today he has told us a lot about his professional and personal challenges of creating and publishing fiction and how he intertwines this with his work as an industrial safety engineer. 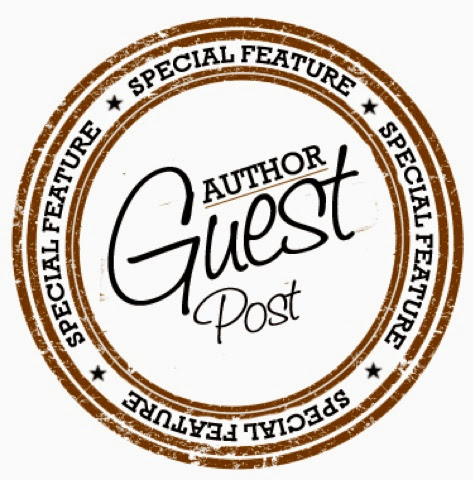 The World Below by Mike Phillips

Hello everyone, and thank you for reading my guest post. My name is Mike Phillips and my new book is The World Below. I was asked to talk a little about my journey as a writer, and if I might have some advice for anyone wanting to get into the business. If you’ve never had a chance to read my work, I hope you click on over to mikephillipsfantasy.com and check it out.

My journey into writing is not what you might expect. Most writers go to college to learn their craft. They earn degrees in English or literature or journalism. They set themselves on a certain course in life, writing as a career being the focus of those efforts. With me, that wasn’t the case.Though I have always loved to read, I pursued advanced degrees in math and science. I never had a thought of writing professionally, no less becoming a novelist.

Eventually, my studies brought me into Industrial Safety and Toxicology. Though I love my work and I get to help people doing it, I found that my creative side needed an outlet. At first, making up short stories was a way to occupy my mind while travelling. Soon enough, the stories would take on a life of their own, strange as it may sound. Like any reader, I wanted to know what happened next. The stories would always be on my mind, bothering me until I finished them. The only way to get a story out of my head was to write it down.

The more I worked, the more I found I enjoyed writing. I started to amass a collection of short stories. Many of them were fantasy and horror, my favorites, but I wrote across all genres because I was doing it solely for my own enjoyment. Then I got the crazy idea to write a novel.

Writing something of that length is a huge undertaking. The typical short story is somewhere around five thousand words, where most novels are over a hundred thousand. Keeping the details of characters, setting and plot straight boggle the mind. It was a challenge I was totally unprepared for. Well, I loved every minute of it. That novel turned out to be long enough for two. It was a crime novel and, unfortunately, not very good. Forever will it remain hidden in the dark recesses of my hard drive, but I learned a lot in the process. The idea for Reign of the Nightmare Prince was already taking shape. This project, I knew, was something special.

Publishing, however, isn’t what most people expect. Working as a safety engineer, my professional contacts are other engineers and business people working in heavy industry. They aren’t writers. None of them have a convenient “in” with a major publisher. Like so many outsiders, my work was often times rejected without even being read. My luck was about the same with agents. Unless you know someone or have some other connection in the publishing business, it’s nearly impossible to get noticed.

So you have to have a thick skin. You have to accept rejection as part of the deal. At times, you wish they wouldn’t have bothered commenting on your work. Editors have written me pages about how bad my writing is. It makes me wonder why. Can my writing possibly be bad enough to end the world as we know it? By some of the comments I’ve received, you might think so. My advice is to ignore the negative comments and believe in what you are doing. Some people are plain mean. Or maybe, you are doing something exceptional and they either don’t understand it or don’t like it for reasons that have nothing at all to do with your writing.

After many disappointments, Reign of the Nightmare Prince was accepted by a respectable boutique publisher. Before we could get it launched, however, they went out of business. That happened two more times before the book finally was published. The book didn’t do very well from a financial standpoint. I fault myself for lack of savvy when it comes to getting my work in front of people. It’s a great story, but I failed to connect with an audience, I failed to get sales.

During all this time I was writing. My work was getting better and better. I came up with my Crow Witch and Patrick Donegal characters and found great success in getting both series of short stories published in various outlets. By then, I probably had fifty credits to my name.

The book now entitled Dawn of Ages was ready to go, but was rejected by my publisher. Shortly thereafter, my third novel, The World Below was rejected also. I got the message. So I started looking for publishers again. After a month of trying, a publisher called Damnation Press and its sister Eternal Press offered to publish both. The World Below was released first and is doing very well. My next novel is Dawn of Ages. It is coming out early 2014.

Perseverance may be the most important attribute for writers in the modern age. With Amazon and eBooks competition is fierce. In some ways it’s harder than ever to find with an audience. Unless you somehow get lucky with a runaway hit, you are going to have to do more work promoting your book than writing it. But that can be fun too. Touring with blogs, I’ve met a lot of great people. Readers from all over the world have contacted me about my work. I feel lucky to have gotten to know some of them.

When it comes to writing, people say to write what you know or what interests you the most. That is certainly good advice. The fact of the matter is that material rewards for the majority of writers are few. There are only a handful of writers that support themselves in a reasonably comfortable fashion through their work. Personally, I like material comforts too much to embrace the life of a starving artist. Making money isn’t really the point for me. I enjoy the work. An increasing number of people like what I do. If I can do something I love and that makes other people happy too, well, then that’s really all I can hope for. Like everything else worth doing, writing takes time and hard work. My journey in some ways is just starting to get interesting. Stick with me, dear reader, and let’s see what happens next.

Thank you so much for joining me. I hope you enjoy The World Below. Please visit me at mikephillipsfantasy.com.

In ancient times, magical creatures inhabited the earth. They lived on mountaintops, in trees, at the bottom of lakes and rivers. But that was long ago, before the human race declared war on the creatures they feared and hated. Now the enchanted peoples are all but gone. Those few that remain fear being stretched out on an examination table in some secret, governmental facility. The only place they can hide from the ever increasing number of satellites and smart phones is in the World Below.

Mitch Hardy is going through a hard time in his life. In his early twenties, he was working his way through college when he suffered an accident that left him flat broke and physically deformed. When Mitch decides to make a fresh start in a new town, things start looking up. He finds a place to live, a decent job, good friends. He even meets a nice girl. Unknown to Mitch, his new girlfriend is one of the Elder Race, what some call the Faerie Folk. Mitch doesn’t know that Elizabeth is looking for a father she never knew. The key to finding him is somehow tied up with the mysterious Blade of Caro. Desperate, she steals the Blade from its protector, the despotic ruler of the World Below, the Dragon of Worms, Baron Finkbeiner. When Elizabeth is kidnapped by the Baron, Mitch is pulled into a world or magic and monsters he never imagined.

Mike will be back!

Email ThisBlogThis!Share to TwitterShare to FacebookShare to Pinterest
Labels: Mike Phillips, U S A