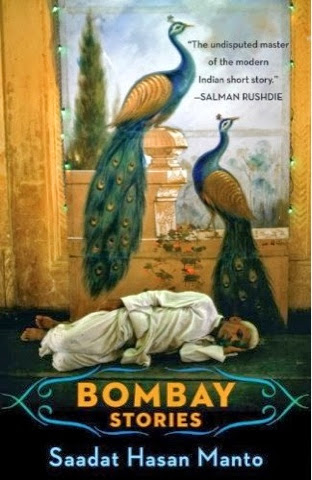 "Whorehouses and shrines, I feel at peace  no
where else."- Saadat Hasan Manto
Saadat Hasan Manto was born 1912 in Ludbiana in the Punjab region of India and died 1955 in Lahore, Pakistan.  Bombay Stories, edited and translated from Urdu by Matt Reeck and Aftab Ahmad, is a really valuable anthology of fifteen short stories written by Manto from 1945 to 1955.  Literary works about the dark side of the great India mega cities are very popular now and are among the best so far of 21st century literature.  The editors of the anthology in their very informative remarks say that Manto was the first to write about the gangsters, pimps, film industry people, whores and their customers who made  much of the population of Bombay, now sadly called 'Mumbai'.  In every one of these stories prostitutes, Manto uses the term, "whore" a lot, play a part.  In about half of the stories prostitutes are the central focus of the stories.  Gangsters feature in several of them.  Manto made, or tried to make, a living as a Bollywood screenwriter and through his short stories, and elements of this appear frequently.  Manto did not spare himself.  If I were able to time travel and do a tour of the brothels of Paris in 1855, I would love to have had Flaubert or Guy de Maupassant as my guide.  If made a similar tour in Bombay in 1950, Manto would be the perfect  host.  His life was as tortured as any Irish poet.
These stories are very gripping.  You feel you are in back alleys of Bombay. In teeming apartments, in whorehouses, talking to gangsters and getting drunk or high with your last rupee.  I found it fascinating to learn one of his first published works was a translation of Oscar Wilde's play about Russian revolutionaries, Vera into Urdu  He also translated short stories  of Gorky and Chekhov as well as some of Victor Hugo's works into Urdu. 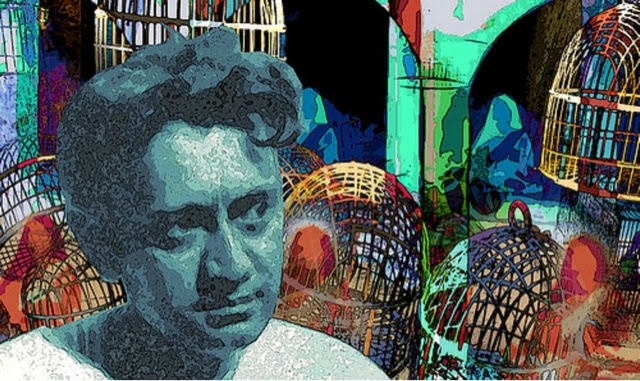 These stories should be on the reading list of any lover of the short story and Indian Literature.  Some may find his treatment of women debasing.  He did marry and tried to be a good husband but it was not meant to be. Some of the stories are very funny,in parts.  Some, maybe most, are at their core tragic.  There is an excellent translator's afterword.  The only fault I have with the anthology is we are not told when and in what magazines the individual stories first were published.  This is important information.
I was provided a free copy of this book.
Mel u