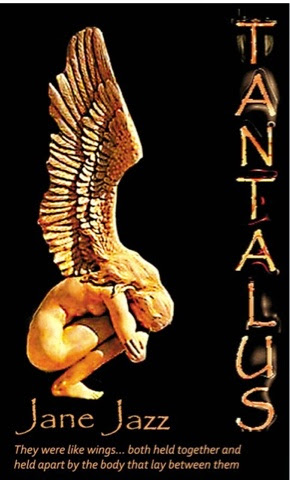 Tantalus by Jane Jazz is a deeply moving novel that is a perfect mix of Gothic, impossible romance, and psychological acuity combined with very believable people that we end up caring strongly about.  The author quotes from Jane Eyre in a chapter heading and has a profound fondness for Pre-Raphalite art, just throw in a little Edgar Alan Poe and a tiny dose of Montaque James and you maybe can begin to conjure up the wonder that is Tantalus.  (Remember as you read Tantalus that M R James, England's greatest writer of ghost stories, almost as good as Sheridan deLa Fanu, that his stories display a deep seated horror and attraction to human physical contact. It is with this in mind I invoke him.)  Jazz has clearly read deeply in the great Victorians and you can see, I think, an influence of this in her prose. Like many a central character in a Victorian novel, the lead character, Sylvia struggles to achieve psychological and personal independence from her family, hampered by the impact of childhood polio.  Her passion is painting.  She has had some success.  Sylvia has the opportunity to move into her own dwelling, not far from her parents house.  She also gives art lessons so she will make enough to survive.
The place she occupies is a broken down old house, now divided into is two adjoining artist studios.    The time is May, 1975.  One night she hears strange disturbing sounds from next door and she for a moment begins to wish she were back home secure with her patents.  Now things begin to get strange.  Slyvia makes contact, not physical,  through the wall with something, maybe it is a man, maybe a spectral being or maybe the projection of the fantasies of a very lonely woman with quite a creative artistic temperment.  Her and Tom soon learn that they are living in different times, even though they are neighbors. Like her Tom is an artist, a sculptor.  Slyvia's life becomes increasingly bound up with Tom, she begins to doubt her sanity.  Tom travels to Tucany, escape world for many a Victorian, for his work, the best marble is found there.  Slyvia begins to arrange her life around his schedule.  I slowly began to accept Tom was real.  I certainly wanted him to be.  Of course this relationship blocks Slyvia from developing a bond with a partner from the same time era.  You have to wonder does her frustrated never to be realized in the flesh passion for Tom represent a deep fear of sexuality, a pre-Raphelite theme.  Tom is much older than her but somehow the time differential overrides this.
There are lots of exciting plot twists and turns. Tantalus was always exciting and interesting.  The characters were beautifully rendered.
One of the things I really appreciated about this novel was the treatment of Tom as he aged.  Some tragic things happen and some of wonder.  The novel has a kind of circular structure I admired.  A Freudian would probably have fun trying to unravel the sexuality in Tantalus.
As I mentioned, the author is an student of the pre-Raphelites. The novel can be seen also either a work devoted to those sensibilities or a working beyond their limitations. The author has a very interesting Pinterest page devoted to images related to her book.
http://www.pinterest.com/janejazzwriter/tantalus-by-jane-jazz/
Here is the image that helped inspire Slyvia 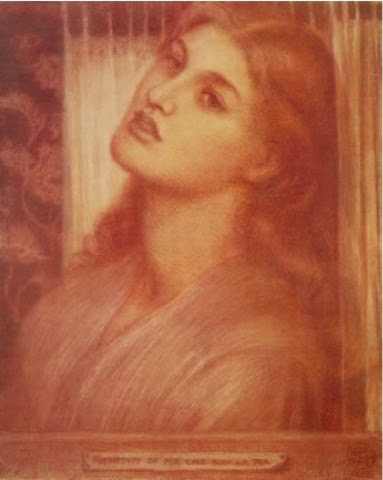 Here is an image that helps us see one way to view the sexual relationship between Tom and Sylvia, we wonder if she wants a man who can never expect sex from her. 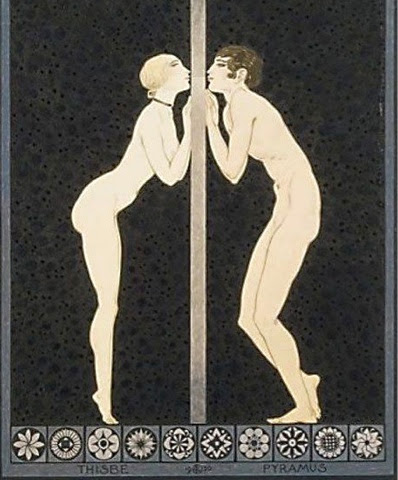 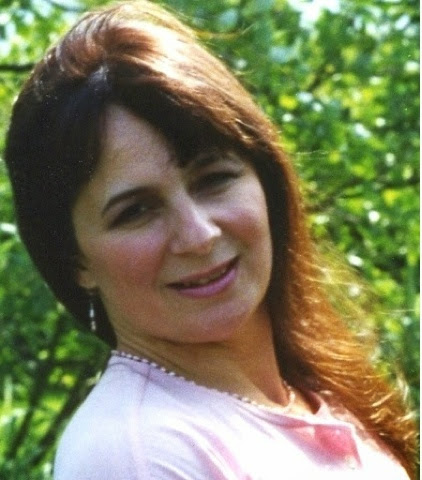 Hilary Mantel has spoken of ideas circling above her like aeroplanes waiting to land, but mine are silvery moths. They flutter round my head all day and wake me up at night. I have to capture them swiftly and pin them to the page before they dissolve.

Over my writing career I have written newspaper articles, magazine features, advertising copy, short stories, poetry and songs. I even wrote greetings card verses for a time (I know) butto  although ludicrously lucrative, it had to stop. I was starting to think in rhyming couplets.

We recently relocated from wuthering moors to blue remembered hills and I love the gentle Shropshire landscape, but still miss dramatic Yorkshire hills and dales. Tantalus was written in our draughty old Yorkshire vicarage - one of a pair built for neighbouring artists in the late 1800s. The houses had adjacent studios and whenever I walked through our side voices would whisper at me. Loudly. A loud whisper can be hard to ignore, and they didn't give me any peace until I started to write their story.

I highly recommend following her consistently interesting blog, especially if you are into late Victorian or Edwardian Art or Literature.
http://thetimesculptor.blogspot.co.uk/
I endorse without reservation Tantalus to all those who admired a well crafted work of literary fiction.  There is a lot to think about, a lot of great descriptions of the countryside around Yorkshire and of Tuscany, interesting long term life developments, and just a lot of fun to be found in Tantalus.
I hope to read more by Jane Jazz.