Concerning the Eccentricities of Cardinal Pirelli by Ronald Firbank (1926) 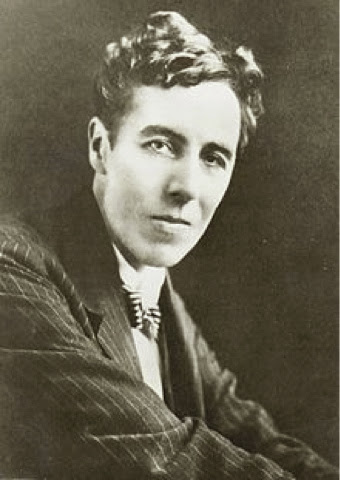 Ronald Firbank (1886 to 1926, UK., with an Irish grandfather) has long had a cult following.  Susan Sontag in her "Notes on Camp" declared his novels part of the canon of high camp. He is a Gay Icon. He was compleletly devoted to the work of Oscar Wilde.  Born into significant wealth, he never worked other than at his writing.  He attended briefly, Cambridge, of course, where he met and became life time friends with Ruffington Bousweau, but did not graduate.  He openly championed Gay, Lesbian and black characters in his stories.
Firbank's prose style is very hard to describe.  Concerning the Eccentricities of Cardinal Pirelli is my first Firbank.  I wish I would have read him decades ago.  OK his style is weird, it is decadent, lush, lyrical and proably best enjoyed under the influence of the hash, one of Firbank's loves.  I really liked it once I got used to it, which took a few pages.
Concerning the Eccentricities of Cardinal Pirelli (Firbank converted to Roman Catholicism) is about, in case you have not guessed, am eccentric cardinal. The work (it is well under 100 pages) begins with the cardinal christianing a dog named 'crack'.  I pondered the multifarious associations of this word but I let it go.  One weird thing after another happens.  At the close of the work, the cardinal, naked at the time, dies while chasing a choir boy.  There is a lot of satire of Catholic Church rituals.  It is set largely in Spain and much of the novel is devoted to conversations.
If you want to understand camp, and you should, this is an important text.
I will read all of the Firbank I can find online.
To me this was a hilarious work with one outrageous scene after another.   The prose style is really unique.  I will admit if you like your Literture lean aka Carver and Hemingway and you are at all homophobic, this work may put you off.

Firbank is so good. I have hardly read any - I have not read this one.

I have thought about spending a week or two writing about him - what fun that would be - maybe someday.

Amateur Reader- it would be great fun, for sure I would join in