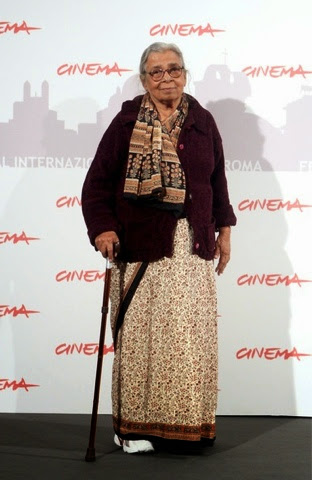 Not long ago I read my first short story by Mahasveta Devi (Bangladesh, 1926 ), "Draupadi".  I was so happy to find among the collections of Indian short stories in my possession another story by Devi.
Frank O'Connor famously said that short stories were about marginalized subgroups of society with no one to speak for them.  By this he meant Chekhov's doctors, Joyce's working class Dubliners, and Issac Babel's Odessa Jews.  Compared to the untouchables, tribal people and prostitutes in the stories of Devi, these groups of people are  rich.   The people in Devi's stories are marginalized by the structures of caste and the weight of traditions thousands of years old.  I really think anyone who can should read at least the two stories I have featured.
In "Rudali" the story centers on two old women.  Both were widows and their children were either dead or abandoned them.  There is a lot in this rich fairly long story.  Through luck the two old women (one could be seen as an old woman at forty in this culture if your circumstances were unfortunate) move in together, one had a hut and a little land.  They get the opportunity to be paid to be mourners at a funeral.  I was fascinated to learn how this worked.  If you were willing just to cry you might get five rupees but if you would shriek hysterically and beat your self in the face you might get ten.  The professional mourners were almost all old whores (the stories word and using a euphemism is not right here).  They once were the mistresses or higher priced girls of the upper class but when they no longer had a place as this, they had to become low class whores, going with anyone.  These were the professional mourners.  There is a deep irony, to me at least, in imaging the funeral procession of a wealthy Brahmin followed by a 100 wailing whores.  The more mourners, the more prestige accured to the family.  There is an elaborate business to this.  An agent might be paid 500 rupees to line up mourners, what he did not pay the women he kept.  Soon the women in the story become experts at lining up lots of mourners.  They monitor the rich for impending deaths.
The story presents a picture of a very cruel and corrupt society.  If a woman is not a wife or daughter connected to a man, she is seen as  and often must become a whore.  The rich spend nothing to heal their dying relatives, being eager to inherit but they will happily shell out big money for the funeral ceremony.   One woman did intentionally arrange her own very expensive funeral to deprive her family of money.  One rich son is denigrated for refusing to use expensive ghee for his mother's cremation..
I will look for more stories by this author.  She has no Kindle collections of short stories, as far as I can tell.
I read this story in this excellent anthology. 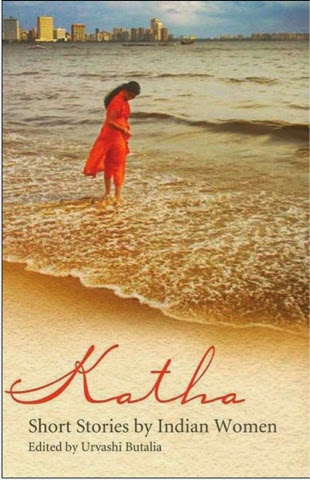 There is an excellent back ground page on Devi here
http://postcolonialstudies.emory.edu/mahsweta-devi/
Mel u