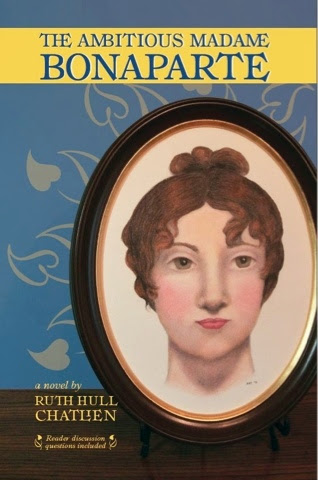 The Ambitious Madame Bonaparte by Ruth Hall Chatlien is a suberbly written very throughly researched, richly detailed psychologically acute historical novel.  It is the very much fact based account of a tumultuous passionate relationship of Elizabeth Patterson Bonapatre, born into a large, affluent Baltimore merchcantile family dominated by her father with Jerome Bonaparte, the younger brother of Napolean.
The story line begins shortly after the USA has won its independence from England.  The biggest concern as the story opens is the impact a slave rebellion in the French Caribbean has had on the planter caste.  Elizabeth's mother is sickly, worn down by too many back to back pregnancies, and at eighteen Elizabeth, the oldest girl, (the "ate" in Filipino culture) is more less in charge of her siblings.  It was a time when educating daughters beyond the very basics was considered a waste of time and money.  Her father also did not want any rebellious thoughts put in her head.  Sadly for him, Elizabeth has read and been greatly influenced by The Vindication of the Rights of Women (1793) by Mary Wollstonecraft.
Elizabeth finds life in Baltimore very boring, there is no culture and she knows her father is going to try to marry her to a wealthy Baltimore man, only twice her age if she is lucky.  She wants no part of having a dozen children, many to die young, and running a house, being mistress over slaves.  She has long dreamed of marrying into European royalty, becoming a princess.  There are dark undertones in the family.  In one chilling scene, she discovers her father in adultery, he never sees her.  On a quick side note I thought Chatlien's treatment of the father was really brilliant.  I went from hating him as a brutal tyrant to seeing him evolve into a much more balanced human personage.  Chatlien is very good at letting us see multiple sides to her characters.   One day Jerome Bonaparte, the younger brother of Napolean, then the dominant force in European politics, arrives on a ship and he and his officers are guests at a party that Elizabeth, 18, is attending.  It is love, with a bit of lust, at first sight for her when she meets the movie star handsome magnificently uniformed young Bonaparte.  He is thunderstruck by the angelic beauty of her countenance and her designed to drive any sailor, even a royal one, crazy body.  It was a time of breast fixation and Elizabeth was amply provided to shine in this area.
In one very good scene later in the book, Jerome has her done by the famous American artist Stuart Gilbert and we get to see his irascible personality in action.  Showing Chatlien's very detailed research, in this brief passage we learn a good bit about the economics and psychology behind portrait painting. 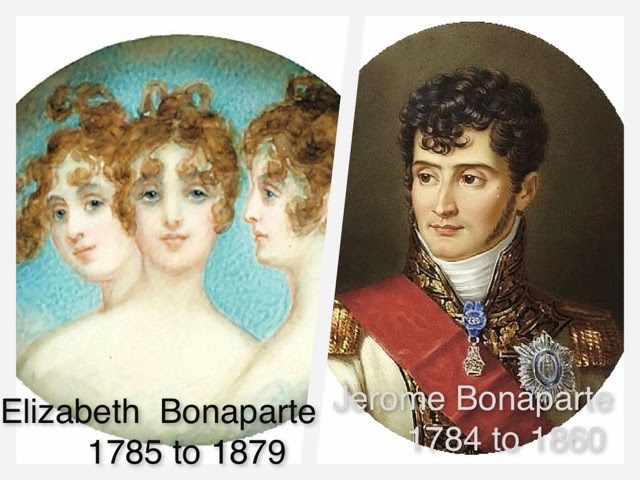 After a lot of interesting cliff hanging drama, Elizabeth's father gives her permission to marry.  He is very worried Jerome just wants to have his fling with her and then abandon her for European Royalty.  He has his attorney investigate French marriage laws and finds that once you are twenty one, a Frenchman can marry as he likes.  Before that ends, he has to have parental permission and in his case as any child of his will be in succession to rule France, that of his older brother.  There is a deception of grave consequences at this point in the story.  I will not reveal it, or much more of the compulsively readable plot, as it is really devasting and opens up a whole new world of adventure for us and Elizabeth.
As the story proceeds Elizabeth crosses the ocean, spends some time in the American wilderness on the road to Niagra falls (there are numerous sex scenes in The Ambitious Madame Bonaparte, I thought the most erotic one took place with the sound of the mighty falls in the background, we saunter through Paris (of course Paris represents the height of culture to a girl from Baltimore) and we run from the French.
There are lots of things to like about this novel. In the case of Elizabeth you wonder how should we see her seeming great passion for Jerome.  Is she just in love with getting out of Baltimore, is it just the fancy uniform, a way of getting back at daddy, teenage lust or does she really love him for himself.  We know if he were just a pretty midshipman he would not have inspired any passion so we have to ponder the character of Elizabeth, devoted wife, mother, or fortune hunting woman turned on sexually by what Jerome represents.  In the case of Jerome, not quite an unconflcted youth of pure character, we have to wonder how to take his love at first sight routine.  It was a lot of fun to see Elizabeth wear the shocking to backwards Baltimore French fashions of the time.  Jerome had a lot of issues, mother issues, brother issues, financial and others. 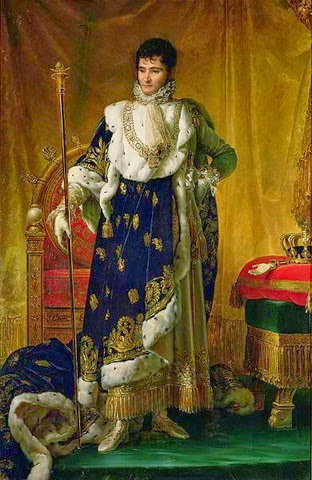 There is a lot of drama in this novel, something exciting happens every few pages.  Chatlien takes her time in unraveling the story and teaches us a lot of history along the way.  She lets us make up our own minds about the main characters.  As I said, I really liked how she handled the farher's role in the story.  We also see there is more to the mother than 18 year old Elizabeth can see.
The novel covers several decades in the lives of Elizabeth and Jerome.
I was provided a free review copy of this marvelous book.  I was scheduled to post on this for a book tour, I missed my review date and I apologize to all concerned for that.
Author data (from her web page)
http://ruthhullchatlienbooks.com/

Ruth Hull Chatlien has been a writer and editor of educational materials for twenty-five years. Her specialty is U.S. and world history. She is the author of Modern American Indian Leadersand has published several short stories and poems in literary magazines. The Ambitious Madame Bonaparte is her first published novel.

She lives in northeastern Illinois with her husband, Michael, and a very pampered dog named Smokey. When she’s not writing, she can usually be found gardening, knitting, drawing, painting, or watching football.

I totally endorse this book to all fans of well researched, totally exciting historical fiction. 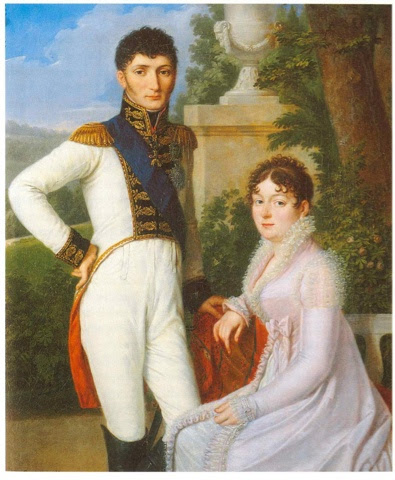 The author has kindly agreed to do a Q and A Session so please look for that soon.

Thank you for the review.

thanks for your awesome review and your apology. linking it to the tour now. glad you loved it. Emma

Ruth. - my pleasure, looking forward to your q and a and hope to read numerous more of your books