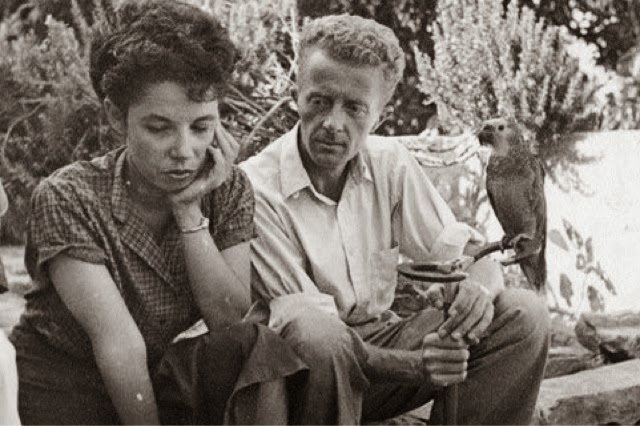 Paul Bowles (1910 to 1999), pictured above with his wife Jane Bowles, might be a writer of a forgotten era to most people, writing about  hash loving expats and exotic natives  living in Tangiers from some mysterious source of money while entertaining the elite of the stoned literary world.  I have read several of his stories and liked them all.  A while ago I got for only $1.95 an e book of his collected stories (sixty five of them) and I am slowly reading through them.   Imagine the film Casablanca, then think not of the semi respectable Rick's Cafe American but of the more noir  Blue Parrot and you can picture the world of a Bowles story.  If hanging out in the Blue Parrot leaves you cold, then probably you are not meant to be a Bowles reader.
"Midnight Mass" centers on a well of European man who has returned to Tangiers after a seven year hiatus.  He long ago inherited his mother's house.  He left it for many years in the care of servants.  He decided to come back alone to see if he and his wife could spend Christmas there. The house is a wreck, totally neglected.  The servants have their excuses and in the Tangiers of Bowles' this is normal way of doing things.  He decides he does not want to be alone for Christmas Eve so he invites a lady that was a friend of his mother's to bring over some guests.  She promises to bring some "interesting" people.  She does.  One of the guests is a young Morocannan painter who induces the man to let him use one of the many rooms in the huge house for a painting studio.  He sends his wife a cable saying he is going to have the placed fixed up so they can celebrate Easter there. Events take an unfortuitious turn as the story closes.
All in all a decent story. 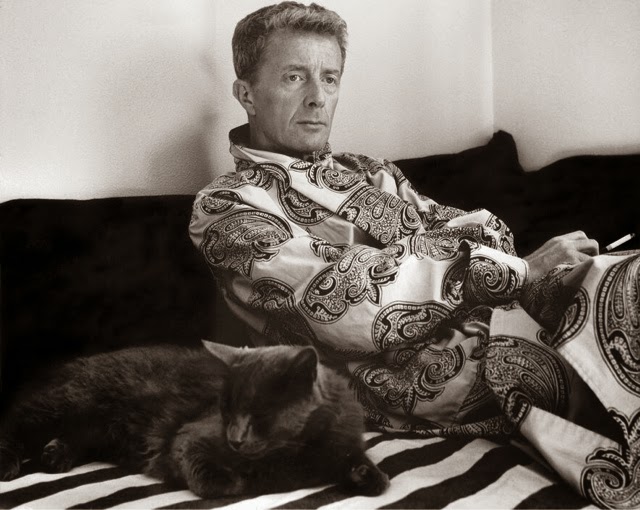 Thanks for the fascinating commentary that reminded me of the importance of Paul Bowles. This sounds like a great read. I still remember being mesmerized by The Sheltering Sky, particularly the way Bowles' writing has something special, a connection with humanity's existence, that has the ability to get into you in subtle ways.

how wonderful to see a picture of them both, I long been a fan of Jane Bowles and have never seen a such a terrific photo of the pair of them. I've read his Sheltering Sky, wonderfully written, but her work is quite out of this world. And her poor tormented soul!