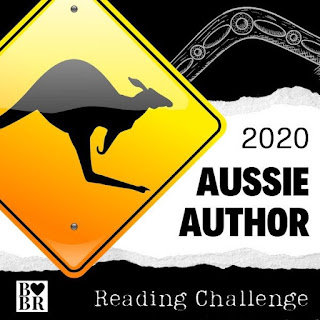 Steele Rudd (1868 to 1935) was the pen name for a very famous writer of Australian Bush Tales, Arthur Davis. Davis was born in the outback region of Queensland Australia to a Welsh father and an Irish mother.   He left school at age 11 and worked at various jobs on outback stations and farms.   At age 18 he got a job in the local  sheriff's office and about this time he sent in a short story to The Bulletin about some of his father's experiences working and making a life for a family of eight in the harsh bush country, the outback.   The editor 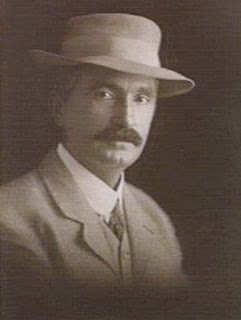 of The Bulletin encouraged him to write more stories and Steele Rudd became a very popular author of simple, good natured stories about life in the outback in late 19th century Australia.   The stories poke gentle fun at the country ways people in the region but they do not show them as buffoons or fools.   The people in the three stories I enjoyed reading were super resourceful, very strong in their bodies and minds and subject to the loneliness  that other Bush Authors like Henry Lawson and Barbara Baynton have shown us in their stories.   There is some slang and use of dialect in the stories but I could follow the conversations and I enjoyed learning some new slang.

"Starting the Selection" is about the first few months that  the father, referred to as "Dad" spent on the farm by himself preparing the land to be farmed for the first time.  I could not but admire the tremendous hard work that this would have taken.     Everybody suffered tremendously from the isolation.

"Our First Harvest" (eight page, 1898) gave us a poignant look at the financial difficulties faced by early farmers.   Dad and his five sons worked very hard to bring in the first harvest and get it into the local store for sell.   They were elated when the store owner told them the harvest would yield 12  pounds.  I could feel the shared heart ache of Mom and Dad when the store owner told them he was going to deduct nine pounds to pay their account with him.   Rudd does not say but we get the feeling there might be some shady bookkeeping involved.   Mom and Dad just give each other strength and go on.

"The Night We Watched for Wallabies"

In  my limited research on Rudd I did not find any stories consistently listed as his best work so I was on my own as to where to start in his work.    After completing these two stories I found one entitled, "The Night We Watched for Wallabies" and I thought OK sounds like fun and it was.   Dad tells his sons they all have to spend the night outside the house to stand guard for roving bands of Wallabies (small kangaroos) which can have devastating effects on crops like wheat and corn.   Rudd's style is straight forward while showing a keen eye for details.

There is a surprise ending that does sort of poke fun at the people in the story a bit (though not in a mean way) so I will not reveal more of  the plot.

These stories are easy to read, straight  forward  works that the people they are written about could enjoy.   They let me see what family life was like in the Queensland Out Back in the 1890s.    You had to be tough, self reliant, and a good sense of humor was a big help also I think.

Older Australians may recall the very long running radio program (1932 to 1952) Dave and Dad which was inspired by the stories of Rudd.   In the program the dignified intelligent people in his stories were reduced to slack jawed outback yokels.   Rudd was always very offended by this and himself had the greatest respect for the people of the outback, especially   the women.

I liked these stories.    Maybe the are not  great art and I admit they were in part historical curiosity reads for me but I am glad I was motivated to take the time to learn about Steele Rudd.   All of these stories can be read online at Free Reading in Australia (a great resource).   My basic source of information on Rudd is the Australian National Biographical Dictionary.

Mel, I hadn't heard of Steele Rudd or Arthur Davis before. These Australian Bush tales sound interesting. Thank you for the intro to this work!

Suko. These Outback stories are very interesting. I hope you and your Family ate staying safe.