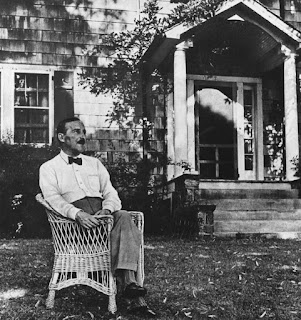 This my 8th year as a participant in German Literature Month.  It seems important in these dark times to continue traditions cherishing culture, historical knowledge and literacy.

I first became aware of Stefan Zweig during GL Month in 2013.  He is now one of my favorite writers.

My Posts on Stefan Zweig

My favorite works by Zweig are first "Mendel the Bibliophile", then Chess, and The Post Office Girl, and “Twilight”.

Some critics of Zweig suggest he never faced in his writings the fate of Jews in Europe.  They have never read “In The Snow” which gives a vivid treatment of an attack by a group of  German Flagellants on a peaceful Jewish community.

There is no dates given in the story.  Many in Europe felt the Black Death

was caused by Jews.  The Flagellants made it their mission to kill as many Jews as they could.  The peak period for this was 1347 to 1351.  We do know the story takes place in a Jewish community in Germany in the 14th century:

“A small  MEDIEVAL German town close to the Polish border, with the sturdy solidity of fourteenth-century building: the colourful, lively picture that it usually presents has faded to a single impression of dazzling, shimmering white. Snow is piled high on the broad walls and weighs down on the tops of the towers, around which night has already cast veils of opaque grey mist.”

The worship session is in process at the Synagogue, held in the large house of the Rabbi.  A stranger approaches with terrible news. All the Jews in a neighboring community have been killed by a hoard of Flagellants.  They are now heading toward them.  The man turns out to be the fiancé of a woman at the service.  Everyone has friends and relatives who they fear are lost.  The community begins to pack up all they own to try to escape.  They will ultimately all freeze to death as they run.

A few days ago I posted on a very illuminating book, Drunk on Genocide: Alcohol and Mass Murder in Nazi Germany by Edward Westermann (forthcoming March 15, 2021), which demonstrated that during the Holocaust those doing the killing were intoxicated by the joy it brought them.  They inflamed their joy with alcohol.  Ordinary Germans would get drunk watching mass shootings, often taking pictures with dead bodies. This same spirit was alive and well in Germany in the 14th century.

I hope to read a few more Zweig short stories this month.

(The flagellant movement and the pogroms against the Jews, although not always uncontrolled, were certainly hysterical—highly emotional— responses to the Black Death. Flagellation, or whipping—performed for a variety of motives including penitential atonement, mortification of the flesh, imitation of Christ, or divine supplication—was not unusual in the Middle Ages. As a punishment for sinful behavior it appears from an early date in Christianity and was included in the first monastic rules from the fourth to the sixth centuries. Self-inflicted flagellation became common in Christian observance during the eleventh and twelfth centuries. In 1260, there arose in Perugia, Italy, a public, collective, processional movement of voluntary flagellants, the forerunner of the movement during the Black Death...from Bedford Series)

This story would be very touching and sad.

Even though I've read very little of his writing, I feel like he's an author I would love to read from beginning to end.

Suko. Thanks as always for your comments