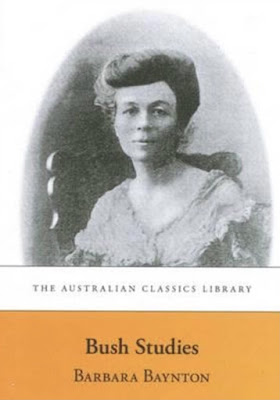 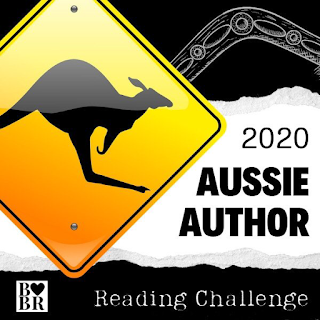 Barbara Baynton  (1857 to 1929) has a very good claim to be called the first canon or near canon status female author from Australia.      She went from the child of Irish bounty immigrants (their passage was paid for by a future employer already in Australia) to the wife of a man who declined the throne of Albania.    The Australian Dictionary of Biography has a fascinating article on her life.    She was born in Scone, in New South Wales.   She was clearly a brilliant person.

A while back  I posted on two early Australian writers, Henry Lawson and Andrew (Banjo) Peterson.   Both of these writers were known as "Bush Authors" in that their fiction and poetry centered on life in the vast areas of Australia away from the coastal cities.    Within Australia this area was called the "The Bush".   It is often referred to as "The Outback" also.    To digress a bit, one can almost say the Australia short story got its start when the journal, The Bulletin, began in 1886 to solicit its readers (it was circulated all over Australia) to submit stories about "real life" in Australia.     The Bulletin began to be famous for publishing stories about life in the Bush, The Outback.  A class of writers known as "Bush Writers" arose to fulfill the demand for these stories.    The Bush Man occupies the same place in Australian culture as the cowboy does in American.

Barbara Baynton felt the stories of most of the nearly all male writers romanticized life in the bush and told nothing of the real life of women.    Baynton began to contribute stories to The Bulletin that showed in real detail the often horrifying and terribly harsh life of women in the outback.    She submitted a collection of six of her stories to various Australian publishers but they all said the stories were over the head of the Australian public at the time.    They ended up being published in London as Bush Stories.

"The Vessel", her best known and highest regarded story, centers on a woman living with an abusive husband (men come off quite badly in these stories) in a very isolated part of the bush.    Baynton lets us see right away how life is for the bush wife in a vivid scene where a cow charges the wife and  she is ridiculed by her husband and given a stick to beat the cow with.   In her mind the wife compares the husband unfavorably to the cow.    In the early stages of her marriage she had told her husband of her fear of travelers in the outback coming to their house for food and drink while he was gone.   (It was the tradition in the outback that one helped travelers).   He told her not to worry she was so unattractive no one would molest her.   One day a swagman (slang for a rootless traveler in the bush country seeking day labor-they were often seen as dangerous, ex convicts and such) stops by the house when she is home alone with her baby.   The encounter between the wife and the swagman is conveyed to us in  very terrifying fashion.   I could for sure feel the fear of the woman and her sense that she was powerless to do anything and that really no one would really care what happened to her.   Baynton also lets us see a man who passed by on his horse but did not stop in spite of her screams.   In someways the indifference of this man who comes from a more advantaged class is as shocking as the rape of the woman by the Swagman.    It is all the sadder as we know when the husband returns he will know doubt beat her and claimed she enticed the swagman to molest her.   "The Vessel" should be included in any list of 100 best short stories.    It is almost hard to look into the world it depicts.   There is nothing romantic in her  version of the outback.

"The Dreamer" is a very gothic in feel story about a woman coming home from the city to visit her mother.   The tone is almost horror story and is very visual.   It does rely on a twist ending but I did not see it coming.   The ending is left vague and we are not 100 percent sure what happened.  It does a great job of describing what it must have felt like to walk through the outback at night.

"The Squeaker's Mate" is a beautiful heart breaking story that portrays the life of a  wife of a logger in a logging camp.    Squeaker is the nickname of  her husband.     She is as good at the work of the logging camp as any man if not better.    Her husband lives from her work but feels a loss of masculine pride because his wife is seen as a better worker than he (or most all the men) so he tries to regain his pride by mentally and physically abusing her.     Then one tragic day she is terribly injured when a tree falls on her.   The doctor tells her she will never walk again.   The doctor tells the husband but advises him not to take all hope from his wife and to be gentle and kind to her.   When the wife asks him what the doctor said about her condition he basically says "Oh I am going out for a beer and you will never walk again so try to find someway to make yourself useful or I will put you out".    It got worse from there.   I will not giveaway the ending as I hope some will read this story.  (I think her work maybe required reading in Australian literature classes.)

There are three other stories in the collection that I hope to read soon.    Baynton should for sure be read by anyone with a serious interest in the development of Australian Literature (most probably already have).    I enjoyed all three of these stories a lot.   There is some slang and dialect in the stories but not enough to be annoying to me.    I claim no expertise but there seems no competition in calling her Australia's best female short story writer.