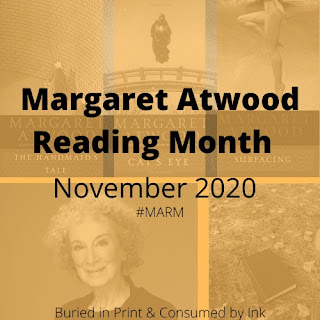 This tale of privileged rich versus abused masses is a perfect commentary on the world today.

Everyone knows about Odysseus, the central character of the Odyssey.   He married Penelope, cousin of Helen, when she was 15.       The Odyssey is considered, among many other things, to be perhaps the first  the story of the use of human intelligence to deal  with and solve problems.   Odysseus was the king of a minor country in ancient Greece.  In an arranged marriage that was basically a business deal he married  the then 15 year old Penelope, cousin of Helen.    The Penelopiad is  told from the point of view of Penelope with her maids as a kind of Greek Choir commenting on the story.    It has been a long time since I  studied Greek Drama but the Chorus is sort of allowed to say the unsay-able, to tell the audience the "real story". 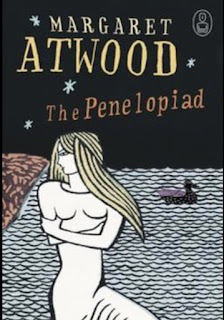 Penelope is none to happy about going to Ithaca, Odysseus's kingdom as it is a remote backward place compared to the home of her father, King  of Sparta.    She is only 15 and her maids have given her very confusing accounts of what will happen on the wedding night.   She is consumed by jealousy over the beauty of her cousin Helen.   She leaves Sparta with Odysseus and take up residence in the palace at Ithaca.    She has brought along one of her maids, a slave of course, for company.   The slave soon dies.    Penelope and Odysseus develop a close relationship.   She has issues with her mother in law who does not want to lose her position as the most important woman in her son's life.  There is an old maid, another slave, who in her youth wet nursed Odysseus, who really runs the house hold.   When ever Penelope tries to do anything or learn anything about running the household the head maid tells her basically "don't worry your pretty head about this just contemplate what fancy clothes you want to wear tonight".

A son is born of the union, Telemachus.   The event is celebrated as a wondrous happening and all care is given to the son and the mother.   The maids see it a bit differently.

“For his birth was longed-for and feasted, as

ours births were not.

His mother presented a princeling.   Our various mothers

We were animal young, to be disposed of at will,

Sold, drowned in the well, traded, used, discarded when bloomless.”

One of the chapters is entitled "Helen Ruined My Life".   A prince of Troy, Paris, a notorious womanizer and his brother are on a state visit to Sparta.  Odysseus has sworn loyalty to the king of Sparta.   Paris seduced Helen, sounds like an easy thing to do as Penelope lays out her super vain character, and takes her back to Troy with him.   The king of Sparta declares  war  on Troy when Paris will not return her.   Odysseus leaves to fight at Troy.    The war lasts ten years.   The Trojan horse was the idea of Odysseus.   The trip back to Ithica takes ten years.    During these twenty years Penelope learns to run the kingdom.   She learns everything from bargaining with other kingdoms to how to raise swine.   Her son Telemachus grows to be a teenager and become rebellious.    She has no idea if Odysseus lives or not.   Sometimes she hears news of him.   Some times she hears he has been eaten by a monster, then next week she will hear he is living with a Goddess on an exotic island.    In the mean time an army of suitors for the presumed widow descend on Ithaca.   They begin to deplete the resources of the kingdom.  Penelope picks her 12 favorite maids, young girls who have been her slaves since birth, to spy on the suitors.   Some of them end up being raped by the suitors.

Rape is defined in the world the maids are in as having sex with a slave woman without permission of her master.   Rape was a crime against the property of the male owner of the slave women, not against them.    It was common for visiting dignitaries to be given female company but any contact without permission is a great insult to the master or mistress of the slaves.   Some of them end up in love with the suitors and some remain loyal to Penelope.   We see Penelope begin to assert herself for  the first time.    We see how women are seen as property.   We hear the suitors, many in their late teens and early twenties, joke about the prospect of sleeping with Penelope.   The basic idea is marry her and do what you must then you get all her property and can have all the slave girls you want.  Penelope at first had  a hard time ordering the slaves about.   Her mother likewise had problems with directing the work of slaves but was not above killing them when they annoyed her.

Penelope becomes a shrewd household manager and begins to intervene in the running of the country.   Her mother had taught her to behave like water, the water that will wear down a stone.   A lot of the story is taken up with class conflict.   When Telemachus sprains a leg numerous doctors are called in.  When a slave child is ill a business decision is made whether to drown him in the well or spend the funds to try to cure him.    The worse enemy of the attractive slave maids turns out to be the once beautiful but now aged former wet nurse of Odysseus.   Most people know the basic story of Odysseus and I do not want to give away much of the plot action.

The story is told from the world of the dead where Penelope and Helen both now reside.   A very funny scene occurs when Helen takes a public bath in order to show off her body to the men in the underworld.   Penelope says what is the point they cannot do anything now but Helen says she is just being kind to them.

The Penelopiad shows Penelope growing from a totally helpless 15 year old to a woman of 35 with many capabilities.   She must still act like she is deferring to men.   When Odysseus returns (this is not a spoiler as it is on the back cover of the book and many will know it anyway) he kills the suitors and slaughters the maids.    Why he feels he has the right to slaughter the maids brings out the central feminist themes of the book.   Just like as in The Handmaiden's Tale, there is a incredibly clever change of narrative mode in which the maids give a lecture to a modern audience of male Anthropologists which is an explicitly feminist reinterpretation of the life of the maids and their death.   It has to be read with an ear for irony, not as a statement of dogma.

I am not sure if I like this or The Handmaid's Tale more.    The Penelopiad is easy to read and a lot of fun.   I would really say read both of them.   I am very glad I read these books.   The Penelopiad is a very creative interpretation  of the Myth of Odysseus.   It is funny, perceptive, the chorus of the maids is a superb  device and is a great account of class differences among women in a world in which all women were property.    Even the treatment of Helen shows a woman using her looks to get what she wants.   She seems a slave to her own vanity which is validated for her by the number of men killed in her name.   That vanity is  the vanity of  a woman who gets all their self worth from the admiration of men.   Her husband did not start the Trojan war because he missed Helen but because his property was stolen.

I look forward to seeing what develops during Margaret Atwood Month.

You make a good point in comparing these two works: as different as they might seem on the surface (e.g. set in past/set in future, retelling a classic/breaking new ground with a fresh story), they are great bookends in working towards equality, and using story to illustrate injustice from different perspectives. I'm so pleased you've been inspired to join us this year, and I am really curious what other Atwood book you're aiming for next!

This is one I haven't read yet, but the more I read about it the more interested I am. Now I'm also thinking it's one my daughter might like.
So glad you're participating!