The Brothers Grimm - Three Fairy Tales - from TALES OF THE GERMAN IMAGINATION FROM THE BROTHERS GRIMM TO INGEBORG BACHMANN Selected, Translated and Edited by Peter Wortsman - 2011 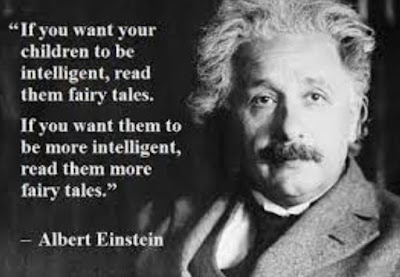 The Brothers Grimm - Three Fairy Tales - from TALES OF THE GERMAN IMAGINATION FROM THE BROTHERS GRIMM TO INGEBORG BACHMANN Selected, Translated and Edited by Peter Wortsman - 2011

TALES OF THE GERMAN IMAGINATION FROM THE BROTHERS GRIMM TO INGEBORG BACHMANN Selected, Translated and Edited by Peter Wortsman is a great anthology.  In addition to a perfect selection of writers, through Peter Wartsman’s introduction to stories we can follow the evolution of the German Short Story starting with these three stories from The Brothers Grimm. 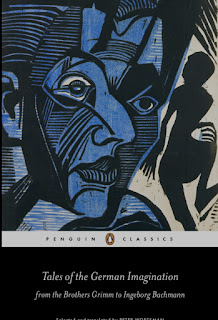 These are not Disney Fairy Tales.  A man muders his brother, an old woman tries to cook and eat two children but ends up murdered  and 130 children are taken from their parents never to be see again as revenge for a debt not paid.

The Singing Bone is, I think, the least famous of the three fairy tales.  There is a very dangerous wild boar killing people all over the kingdom. The ruler offers his daughter as a bride to who ever brings him the body of the beast.  Two Brothers enter.  A mysterious man they encounter in the forrest offers them advise.  One brother married the Princess.  He stole the body of the boar after he killed his brother, the true winner.  The lesson is at the end. 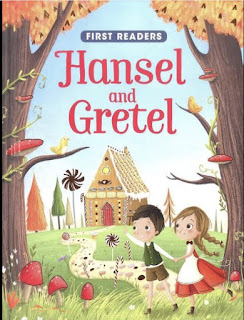 Hansel and Gretal is one of the most famous of The Grimm’s Fairy Tales.

In it a wicked step mother persuades her husband to take his two children from his late wife out in the deep Woods, to be eaten by Wild animals, thus reducing their food costs.  Hansel and Gretal find in the woods an edible house.  In that house is a witch who lures in children, fattens  them up and eats them.  Part of the “moral” of this is that ugly women are evil, there are very few people you can trust not even your father. 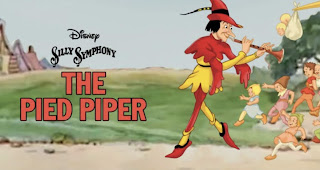 The Children of Hameln ( Often this story is titled “The Pied Piper of Hamiln” has been made into Movies and cartoons.  The storyline is very well known.  The town of Hameln is invented with rats.  A piper says The town rats will follow his music over a cliff.  The town leaders offer to pay him for doing this.  He does it and they refuse to pay.  He takes a terrible Revenge on the town. 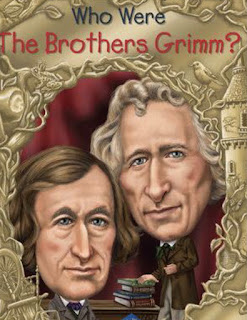 ‘The Singing Bone’, ‘Hansel and Gretel’ and ‘The Children of Hameln’, collected and retold by the Brothers Grimm, were included in the first two volumes of Kinder- und Hausmärchen (Children’s and Household Fairy Tales), published in 1812 and 1814 respectively. The Brothers Grimm, Jakob (1785–1863) and Wilhelm (1786–1859), were born in Hanau, into a family of nine children, six of whom survived. Students of law and linguistics, they worked both independently and together. Best known for their fairy tale collection, they also collaborated on the first German dictionary and a book of German legends. In addition Jakob wrote important books on German grammar, the law and German mythology. Following the demise of the Holy Roman Empire,the Grimms surely had a hand in defining it. The fairy tales they collected, and touched up in their retelling, sounded the depths of the German unconscious. The popularity of their collection, which went through seven editions in the Brothers’ lifetimes, makes it second only to Luther’s translation of the Bible as a formative influence on, and mirror of, the German identity.” Peter Wortsman

This is indeed a fantastic anthology - it was my book of the year in 2013. so glad you found it.