“The Kontrabida” - a Short Story by Mia Alvar from her 2015 Debut Collection, In The Country - 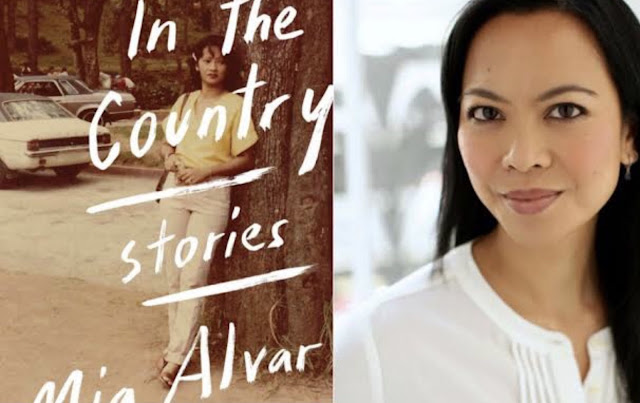 “The Kontrabida” - a Short Story by Mia Alvar - from her 2015 Debut Collection, In The Country -

“FROM THE JUDGES’ CITATION

Mia Alvar’s remarkable collection explores the great swath of the Filipino diaspora in nine stories of astonishing humanity. It is rare to find a debut of such depth and breadth, work singing with the grace of a thousand doomed lifetimes compressed into stories both luminous and empathic, populated by memorable characters facing such keenly felt challenges. Technically accomplished, tremendously moving, often funny: each story bursts with brilliance, speaking from the weight of history to the buoyancy of the human soul. In the Country marks both a significant contribution to literature as well as great accomplishment in the early work of an important writer.”

“While the collection would be worth reading simply for the opportunity to explore the less often heard voices of the Filipino diaspora, her prose is intense and vivid, haunting…there’s a certain universality in Alvar’s writing that will resonate with anyone who’s moved elsewhere for economic purposes.” —Melanie Ho, The Asian Review of Books

“In a strong debut, Alvar brings to life a range of Filipino experiences that resonate both with the power of a unique identity and the universal wisdom of human experience.” —Claire Fallon, The Huffington Post

marvelous stories of Mia Alvar in her debut collection of stories about aspects of the Filipino Diaspora.  For pushing two decades I have been reading works of fiction and history related to the Phillippines.  These stories stand at the pinacle of such work.

Wages even for highly trained professionals are much lower in the Phillippines than in England, The UK, Australia and Singapore.  (All College graduates are fluent in English.)  This fact explains why American hospitals are staffed with graduates of Filipino medical schools working as nurses.  College is expensive in the Phillippines, often an extended

family struggles together to send a child to College with the hope the child will go offshore to work and send home remitances upon graduation.  Filipinos are very Family oriented and adult children are expected to look after their parents.  (There is very little safety net.)

In “The Kontrabida” a man is returning home to Manila.  He left ten years ago to work as a phramacist in a hospital in New York City.  He regularly sends money home but has not been back before.  We learn of the decline in health of his father which renders him unable to earn.  He will not let his wife work outside the home.  She has a small sari-sari store at the front of house.  Neighbors buy one egg, two cigarrettes, and tiny packages of shampoo.

The man brings lots of gifts, as expected, including a very strong narcotic pain killer he stole from the hospital, to help his father deal with late stage cancer.  Alvar lets us see the complex family dyamics.

Lately I have read about 100 stories by Mavis Gallant.  Alvar can similarly in a story go as deep into her characters as other writers do in a novel.

I hope to post on more of the nine stories soon.

Mia has been a writer in residence at the Corporation of Yaddo, the Djerassi Resident Artists Program, Lower Manhattan Cultural Council, and the Blue Mountain Center for the Arts. She has received fellowships from the Sewanee, Bread Loaf, and Sirenland Writers’ Conferences. Her work has appeared in The New York Times Book Review, One Story, The Missouri Review, the Cincinnati Review, and elsewhere.

Born in the Philippines and raised in Bahrain and the United States, Mia graduated from Harvard College and the School of the Arts at Columbia University. She lives in California.”    https://miaalvar.com/