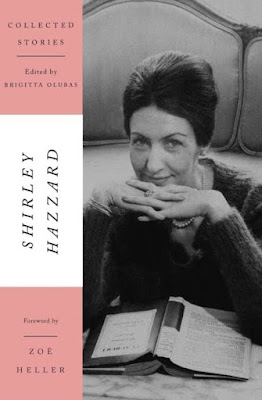 My Prior Posts on Shirley Hazzard

1963 to 1994 - Married to Francis Steegmuller - A highly regarded Flaubert scholar (They met at a party hosted by Muriel Spark in New York City.) 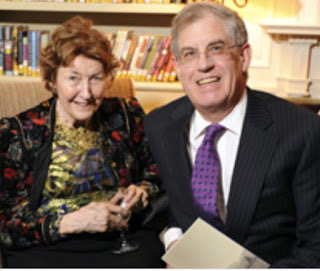 ““We should remember that sorrow does produce flowers of its own. It is a misunderstanding always to look for joy.”  -Shirley Hazzard

“Much of the drama in Hazzard’s work arises from the bruising interactions between those who are responsive to beauty, and those who are not.”  Zoe Heller in her Preface to The Collected Short Stories of Shirley Hazzard .

“Including twenty-eight works of short fiction in all, Shirley Hazzard’s Collected Stories is a work of staggering breadth and talent. Taken together, Hazzard’s short stories are masterworks in telescoping focus, “at once surgical and symphonic” (The New Yorker), ranging from quotidian struggles between beauty and pragmatism to satirical sendups of international bureaucracy, from the Italian countryside to suburban Connecticut. “. From The Publisher.

I have so far read only one novel by Shirley Hazzard, The Great Fire plus three short stories.

Here is my reaction to The Great Fire

The great fire refers, among other things, to the destruction of the traditional culture of Japan in their defeat in World War Two.  Set in 1947, mostly in Japan and Australia, the people in the novel are trying to get on with their lives now that the war is over.  Some of the men were badly wounded, all suffer mental trauma, parents struggle to understand why their son had to die.  The great fire is also, mentioned several times, a symbolic representation of the bombing of Hiroshima.

“The Party”, not surprisingly opens at a party.  The attendees read Browning and debate the revival of Swinburne.  One woman at the party tells the central female character, allegedly her friend

“Minna, what a beautiful dress. How thin you are. Theodore, you never look a day older, not a single day. I expect,” she said to Minna, “that he is really very gray—with fair people it doesn’t show. He’ll get old quite suddenly and look like Somerset Maugham.  She gave Minna a sympathetic, curious look from her tilted eyes. (Minna could imagine her saying later: “I never will understand why that keeps going, not if I live to be a hundred.”) “Here’s Phil.” Evie’s husband came out of the living room, a silver jug in one hand and an ice bucket in the other. “You look like an allegorical figure”.

In reading this story one is struck by the shared culture of the party goers, I enjoyed these lines so much though you are forced to wonder who is to be taken seriously.

Minna and Theodore having been having an affair for 15 years. Hazzard takes us deeply into their relationship as each wonders why they keep it going. 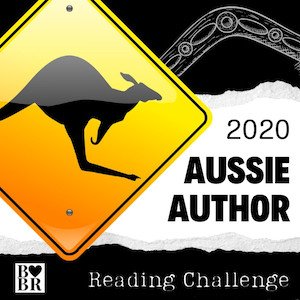 I hope to participate a few more times in The 2020 Australian Literature Challenge.  I have a longer story by Shirley Hazzard in mind.  I would also like to read another work by Barbara Baynton, a writer of wonderful

stories about the lives of pioneering women living in the outback.

I also have a large collection of horror stories by Australian writers that has gone unread too long on my kindle application.

Delighted to have you joining us in the Aussie Author Challenge!

I have have had Shirley Hazzard titles on my reading wishlist for years... really must find time for them. Thanks for the nudge.

I thought of you when I saw the news of the new Collected Stories by her: I'm sure it's filled with many delights.