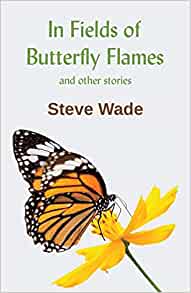 This is the sixth  short story by Steve Wade that has been featured on The Reading Life.  I first read his work during Irish Short Story Month Year Three in March of 2013.  I found his short story “The Land of the Ever Young” fully qualified to stand with the great occult fairy tales of Sheridan Le Fanu or Andrew Lang.

First and foremost 'The Land of the Ever Young" is a tremendous lot of fun to read.  Joseph Sheridan le Fanu or Andrew L)ang have no better stories than this.  I will tell enough of the plot to give you a feel for it but I want you to read this story without knowing too much about it.

The other  stories covered show the extent and depth of Wade’s range. (Some of the stories can be read online at links found in my posts)

Today’s story way more than justifies my belief in the immense talent of Steve Wade.

“A Mother’s Love” is the lead story in Wade’s debut collection In Fields of Butterfly Flames and Other Stories.  There are 21 other stories in the collection.  Over the next few months I will be posting on a number of them.

In “A Mothers Love” you are taken almost dragged into the mind set prevailing in a horrible family seen through the eyes of a wife and mother terribly out of touch with reality, trying to rationalize why her husband prefers sex with his daughter (who seems just entering early adolescence) to her.  She is in thrall to a religious ideology that cripples her thinking.  As I read on in this story you see the real face of evil.  Perhaps you might initially have some sympathy for her but this will not endure.  I will share a bit of Wade’s amazing prose to allow you to experience the dark feel of “A Mother’s Love”:

“Now working hand in hand with the Devil, the two conspired to draw in others for the sake of Mammon. Like swarms of flies they arrived, buzzing through my home, to gorge themselveson her oozing, naked flesh. Each evening, when the last of the swarm left, slaked and bloated, the pair of them unashamedly counted out their filthy lucre on the kitchen table. Theythen celebrated,the only way they knew how, atop the tableamong the pestilence-stricken notes and coins. You would have imagined that even the Devil must sometimes tire of excessive indulgence in fetid fornication.” 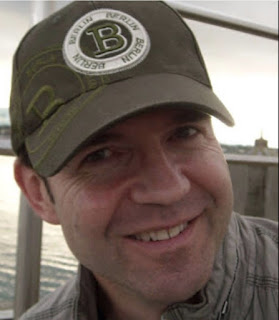