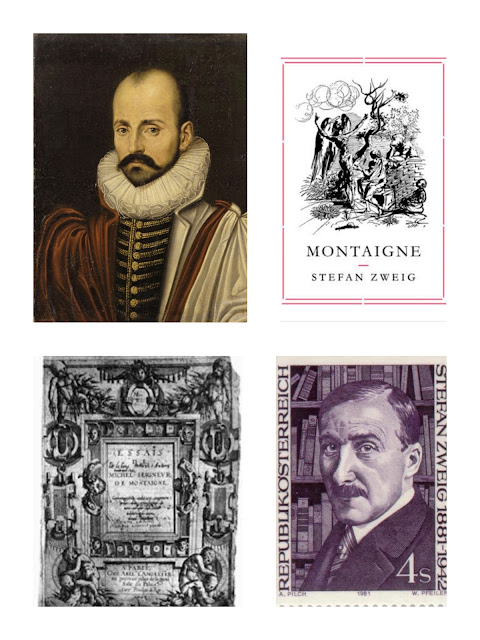 This my 8th year as a participant in German Literature Month.  It seems important in these dark times to continue traditions cherishing culture, historical knowledge and literacy.

I first became aware of Stefan Zweig during GL Month in 2013.  He is now one of my favorite writers.

My  favorite works by Zweig are first "Mendel the Bibliophile", then Chess, and The Post Office Girl, and “Twilight”.

1941 -  moves with his second wife to Petropolis,Brazil

In his very well done introduction William Stone tells us the background behind Zweig’s move to Petropolis Brazil (located 68 Kilometers North East of Rio de Janeiro).  Zweig was convinced everything he loved in Europe was going to be destroyed by the Germans.  Now

Petropolis is a get away for affluent Cariocas and a winter playground for Europe’s elite.  I spent some time there twenty years ago and it was then a totally beautiful place.  I imagine the tropical lushness of the area and the beauty of the citizens after leaving war ravaged Europe in 1941 must have been near overwhelming for Zweig.  Maybe Zweig’s spirit was 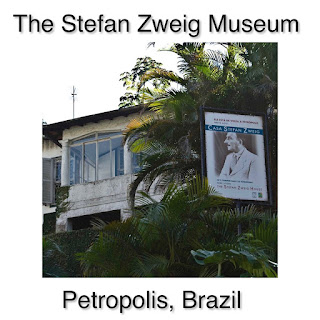 In a cabinet in his house in Petropolis Zweig, fluent in French, found a copy of the Essays of Montaigne.  Of course he knew of him but he had never read any of his essays.  He saw a Kindred spirit in Montaigne who saw his own time as a period of cultural decline and never ending war. Montaigne was born into an affluent French family and came to inherit a large house and an agricultural enterprise.  He married, was mayor of his town, traveled extensively but around age forty he began to think about the meaning of hid life in a decaying era in France.  He began to retreat into a tower house, reading ever more deeply in his library.  Zweig as Stone details totally identified with Montaigne.

Zweig gives a good bit of biographical information on Montaigne.  He explains why he found him so profound.

I am very glad I read this book, reading time maybe two hours.

Stone has also translated Zweig’s treatise on Friedrich Nietzsche and I hope to read it soon.