I Belong to Vienna: A Jewish Family’s Story of Exhile and Return by Anna Goldenberg - Translated from the German by Alta L. Price 2020 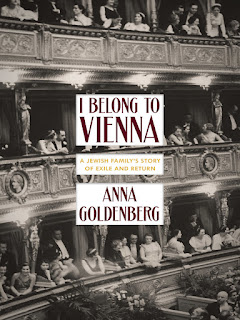 I Belong to Vienna:  A Jewish Family’s Story of Exhile and Return

by Anna Goldenberg - Translated from the German by Alta L. Price 2020

There are quite a number of journey of discovery  memoirs by children and grandchildren of victims of the Holocaust.  I Belong to Vienna:  A Jewish Family’s Story of Exhile and Return by Anna Goldenberg is a very moving informative well narrated such work.

In Autumn of 1942 the author’s grandparents and one of her grandfathers were transported from Nazi controlled Vienna to the Theresienstadt Concentration Camp.  Their oldest grandchild Hans survives the war by hiding in an apartment in Vienna.  He does make it out to the municipal opera and library.  He comes to have a great passion for opera, one of the glories of the deep culture of Vienna even though he can buy only standing room tickets.  I smiled when I read about how he learned to reuse his tickets.  In America both he and his wife became doctors.

Both of her grandparents, but not her great grandparents, survived the war and moved to New York City.  Almost all surviving Austrian Jews wanted out of the country, once thought a safe haven during the Austro-Hungarian Empire, that totally turned on them.  It was not easy for a Jew to get out of Nazi controlled Vienna.  You had to give up almost everything you owned, secure a sponsor in America, and book passage.

The author was born in Vienna but moved to  in New York City in 2012 to study.  She feels driven to return, to trace her family’s time in Nazi Germany.  She tried to deal with the deep chasm of the magnificent past of Vienna and the barbaric city it became.  Goldenberg has given us a valuable addition to Holocaust studies.

“Absorbing … What distinguishes Goldenberg’s book from much of the vast library of Holocaust literature is its distance from the campaign to exterminate European Jewry. It is the story of a young woman’s attempt to make sense of history more than it is a direct evocation of the roundups, cattle cars, and gas chambers …  Will leave Americans fascinated by the cruelty and loyalty born in the city of Sigmund Freud, Gustav Mahler, and Anna Goldenberg.” 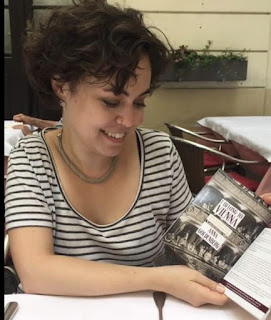 Anna Goldenberg is the author of I BELONG TO VIENNA. Born in 1989 in Vienna, she studied psychology at the University of Cambridge and journalism at Columbia University. Goldenberg worked at the Jewish newspaper The Forward in New York before returning to Vienna where she now writes as a journalist for various newspapers.

This work was published by New Vessal Press