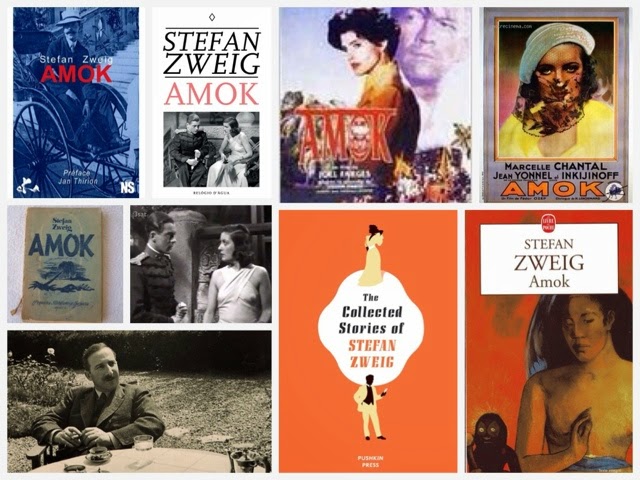 My Posts on Stefan Zweig
My favorite works by Zweig are first "Mendel the Bibliophile", then Chess, and The Post Office Girl.
There are still ten days left in German Literature Month IV.  Lots of time left to participate. There are already over a hundred posts, reading through them will give you lots of great reading ideas.
German Literature Month November 2014 Year IV

The schedule and guidelines for participation are on the event webpage.  Just reading the  posts of all the other participants is tremendously informative. There is an interesting contest or two and some prizes to be won.  One of the tasks participants are charged with is reading a work first published in 2014 and this collection qualifies.
I am very happy to be once again participating in German Literature Month, hosted by Caroline of Beauty is a Sleeping Cat and Lizzy of Lizzy's Literary Life.   Events like this are one of the great things about being part of the international book blog community.  I know there is a lot of work that goes into a month long event and I offer my thanks to Lizzy and Caroline
Works I have so far read for German Literature Month 2014
1.   Siddhartha by Hermann Hesse
2.   Gertrude by Hermann Hesse
3.  "Diary of a School Boy" by Robert Walser (no post)
4.  Steppenwolf by Herman Hesse
5.  Burning Secret by Stefan Zweig 1925
6.  Life Goes On by Hans Keilson
7.  Comedy in a Minor Key by Hans Keilson
8.  "The Wall" by Jurek Becker
9.  "Romeo" by Jurek Becker
10.   "The Invisible City" by Jurek Becker.
11.  Wittgenstein's Nephew by Thomas Bernhard
12. "Dostoevsky's Idiot" by Robert Walser
13.  "French Newspapers" by Robert Wasler
14.  Jakob the Lier by Jurek Becker
15.  The Trial by Franz Kafka 1915
16.  "The Seamstress" by Rainer Maria Rilke  1894
17.  "The Experiement or the Victory of Children" by Unica Zürn 1950
18.  "The Star Above the Forest" by Stefan Zweig. 1924
19.  "Saint Cecilia or the Power of Music" by Heinrich von Kleist 1810
20.  Amok by Stefan Zweig 1923
Amok by Stefan Zweig is an interesting culturally perplexing story centering around the conversation of two European men returning home on a long steam ship journey.  Both men are returning from long tours of duty in South Asia,one in India and one in Malaysia.  The plot is very melodramatic and has been made into several movies.
As the story opens the narrator of the story is on his way back from India.  The ship was fully booked so he had to take a low quality cabin.  Zweig does a wonderful job describing conditions on ship.  The prose is lush in its description of the ocean.  The real plot begins when the narrator meets another European on the boat.   This man begins to tell what he says is a story so terrible he must tell another person or kill himself. The man speaks of the residents of Mayalsia in a grossly racist fashion, calling them filthy, sneaky, lacking real intelligence, untrustworthy,  venal and servile when it suits them and murderous when enraged.   He complains he has not been with a white woman for seven years.  He describes native girls trembling with awe when "being taken by their master".  There is a long account of Malaysians going amok and killing all who cross their path in a wild mad dog like run.
His basic story, he was a doctor for the Dutch East India Company, he tried to extort sex from a very wealthy Dutch woman who came to him for an abortion.  Her husband is arriving back soon from a six month business trip to Europe and she is two months pregnant.  She at first offered him a huge bribe to do the illegal under most circumstances procedure but he wants sex instead.  He becomes infatuated with her cold haughty aristocratic beauty and he seeks out contact with her.  Compressing a lot, she seeks out an illegal back alley abortion from a Chinese woman, the abortionist is described in a totally racist fashion.  The woman's servant boy drags the doctor to the Chinese clinic where the woman has bled to death.  The doctor connives with the head company doctor to put heart attack  on the death certificate to save her reputation.  They at once put her in a coffin to hide what happened.  The coffin containing her body is on the same ship, being sent home for burial.
There is a lot more plot action and a very dramatic close.   There is also an odd scene where the narrator talks of meeting the father of the baby.  He is very young, very blond and fair and the descriptions have an almost homoerotic feel.
Of course this story does not mean that Zweig harbored vicious prejuduces but the plot line is for sure straight out of the Orientalizing play book.
Students of post colonial literature will have a field day with Amok. 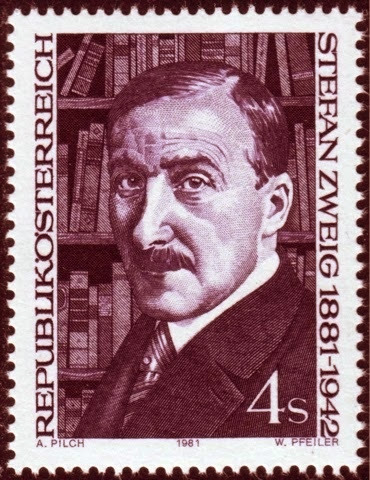