German Literature Month November 2014 Year IV
Works I have so far read for German Literature Month 2014
1.   Siddhartha by Hermann Hesse
2.   Gertrude by Hermann Hesse
3.  "Diary of a School Boy" by Robert Walser (no post)
4.  Steppenwolf by Herman Hesse
5.  Burning Secret by Stefan Zweig
The schedule and guidelines for participation are on the event webpage.  Just reading the  posts of all the other participants is tremendously informative.
I am very happy to be once again participating in German Literature Month, hosted by Caroline of Beauty is a Sleeping Cat and Lizzy of Lizzy's Literary Life.   Events like this are one of the great things about being part of the international book blog community.  I know there is a lot of work that goes into a month long event and I offer my thanks to Lizzy and Caroline
My Posts on Stefan Zweig 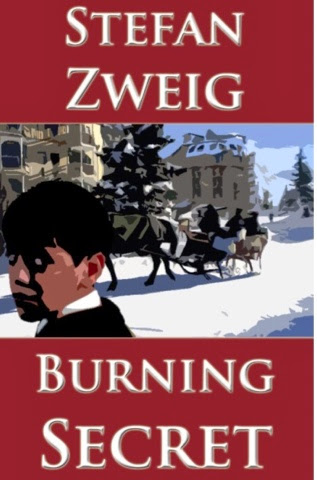 I first read Stefan Zweig (1881 to 1942, Born in Austria, died in Brazil) during German Literature Month in 2013.  He is now one of my favorite writers.  There is now a significant resurgence in interest in his work.  Zweig was a very prolific writer.  He is often seen as a chronicler of the final days of the Austro-Hungarian Empire which to him and many others was the apogee of European culture.
Burning Secret, a novella, may not be Zweig at his best, my favorites so far are Chess Game and "Mendel the Bibliophile", but it a very interesting psychologically acute account of a young boy's reaction to the perhaps romantic relationship of his mother and a baron, while at a holiday resort.
It is told largely through the perspective of the boy and the baron.  The baron spots an attractive woman with her son, maybe 12, staying in the same hotel as he.  He  portrays himself as a "hunter" of women.  He derives a strategy, befriend the boy and through him disarm the woman and make her acquaintance.  Then seduce her. The boy is fascinated by the baron who seemingly has been everywhere and done everything.   He is very flattered that a grown man has taken an interest in him.  Soon he and the mother are apparently having an affair, the husband is back in the city at his business.  Slowly the baron no longer pays attention to the son which infuriates him and fuels his jealousy.  He has but the vaguest notions of what the baron might want his mother for but he knows somehow it is not right.  In one amazing scene, he sees the baron with his arm around his mother's waist, in the hotel corridor and he assumes he is assaulting her when she says "No, I cannot do that tonight".  He attacks the baron, striking him in the face.  This participates a remarkable series of developments I will leave for you to discover.
Burning Secret is an excellant account of the beginning of maturity for the boy.  It can be seen in a very Freudian way, they were after all both from Vienna! 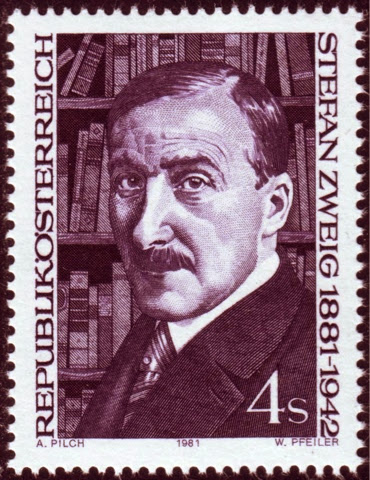 It sounds like an excellent book. I'll really have to go an a Zweig spree soon - maybe a Joseph Roth spree as well!

I have a collection of Stefan Zweig novellas - I adore him, having grown up in Vienna, and am pleased he is being (re)translated and finding a new audience. He is so nuanced, so subtle, so delicate with his writing. Great review, thank you!