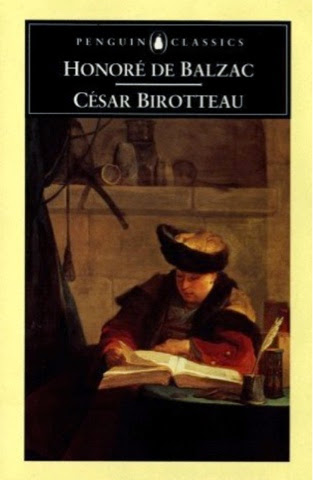 Ford Madox Ford in two pages in his The March of Literature mounts a vicious attack on Balzac's work and him as a person.  He describes  The Comedie Humaine "as one immense fairy tale having the merit of bringing one in contact with the titanically gasping figure of Balzac himself but totally without value as a comment on, or a projection, of life."   He goes on to attack Balzac as having little direct knowledge of life and characterizes most of his work as a "Parisian Nights Entertainment".  He says Balzac has but the smallest knowledge of real life so he cannot write about it.  One senses a class conflict in this when Ford talks of Balzac for years living in cheap pensions.  Ford Madox Ford was immensely well read but this is appalling ignorance.  I am starting to realize that few pedagogical authorities who pontificate on Balzac have actually read the entire Human Comedy or even have an actual grasp of the nature of the work.  Maybe as this was wriiten about 1939, Ford was annoyed by those who dared to put Balzac on par with Trollope, Thackeray or Dickens.
The Rise and Fall of Cesar Birotteau covers many years in the life of a Parisian perfumer and his family.  I know this is putting the pupil  before the master but I have read several novels by Zola which cover very much the same ground so I found it hard to get terribly interested in the many pages devoted to the use of financial notes and the trading in them in the work.  I liked the descriptions of the perfume business in 1830s a lot and I laughed when I read of the betting of the family future on a cream that is guaranteed to restore lost hair.  There are lots of great descriptions of furniture, houses and even perfume bottles in this novel.  Of course a lot of space is devoted to finding good spouses for the families children.  There is a wonderful long section about the conversion of the middle class shop/house of the family into an oppulent dwelling and perfumery for the upper crust of Paris.  There is a grand party.
There are schemes and melordrama aplenty, villians and saints.  There is a lot of smaltz in Balzac but every work I have so far read has long brilliant sections.
27 of 91
I have now begun Pierrette.

A classic example that shows why I generally ignore writers writing about other writers. I enjoy reading Balzac's fiction and Ford's fiction, but they are very different writers, which may account for Ford's disdain for Balzac.

What is ironic here is that the Rise and Fall of Cesar Birotteau is the only novel by Balzac that I gave up on. I lost interest somewhere about 1/3 of the way through. I will try again some time, but right now, it is unique in that I couldn't finish it.

Ford was not attacking Balzac. He was arguing against the received idea of Balzac as a realist. Perhaps too strongly. Creating a "Parisian Nights' Entertainment" is a good thing, an artistic achievement.

Ford likely had read the entire Comédie Humaine, and in French. I have trouble seeing the role of "ignorance" in what looks like a difference of emphasis or interpretation.

For the sake of disclosure, I go as far as Nabokov who calls Madame Bovary a "fairy tale" and have great doubts about the utility of the term "realism" in the context of literature, so perhaps that is why the point stands out to me. But going back to Ford's book, I see no viciousness, and really no attack. There's some criticism.

Amateur Reader (Tom). I guess what set me off was "tale having the merit of bringing one in contact with the titanically gasping figure of Balzac himself but totally without value as a comment on, or a projection, of life." He goes on to attack Balzac as having little direct knowledge of life and characterizes most of his work as a "Parisian Nights Entertainment"- to suggest no value as a comment on life just seems very incorrect, to me anyway. I guess Balzac wrote a lot of his work for quick sales somsye that is why Ford called it Parisian nights entertainment. To me that suggest a light insubstantial work of no lasting value. As to realism being a useful term, based on my very limited reading, I an see it useful or true to say the short fiction of Balzac is much more realistic then that of Stendhal but perhaps less than Zola's .

Yeah I guess was way to hyperbolic in my remarks on Ford. Thanks very much for your input and guidance on Balzac!

Fred. Yes very different writers. Writers often compete with each other so they lack objectivity and often are not broadly read.