Jakob the Lier by Jurek Becker (1969, translated by Lelia Vennewitz) 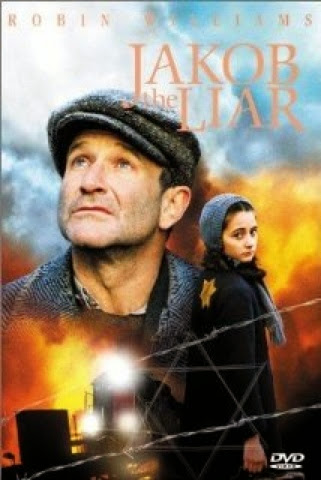 Note added after seeing the movie Jakob the Lier,starring Robin Williams.  I just saw this movie today and really enjoyed it. Overall it was faithful to the book, the sets and clothes were perfect.  11/24/2014

Last week I read and posted on three intriguing stories by Jurek Becker, all translated by his wife in their first appearance in English in the just published collection, The Wall and other Stories by Jurek Becker.  Becker was born in Poland, after the war he and his family moved to the GDR (East Germany) where many felt Jews were more welcome.  (1937 to 1997). He stayed in the GDR when many Holocaust survivors left for America or Palestein. Much of his fiction focuses on the Holocaust.  Jakob the Lier is set in the Lodz Ghetto in Poland during the time of the Nazi occupation.  At the time Lodz was second only to Warsaw as the city with the highest Jewish population. Becker was born there.  Jakob the Lier has been made into a movie twice, once in the GDR and once in a film starring Robin Williams.  I hope to see them both one day.

As the novel starts the forty year old Jacob Heym, a childless widower, is stopped by a German sentry.  He is told he is in violation of the eight p m curfew rule.  The German knows it is not eight yet but for a joke he tells Jacob to report to German headquarters and advise the desk officer he is their to receive punishment for his crime.  Jacob figures his best hope of survival lies in abject humility.  While there he hears a radio broadcast saying the Russian army is getting near Lodz.  The desk officer lets him out, a miracle in itself. 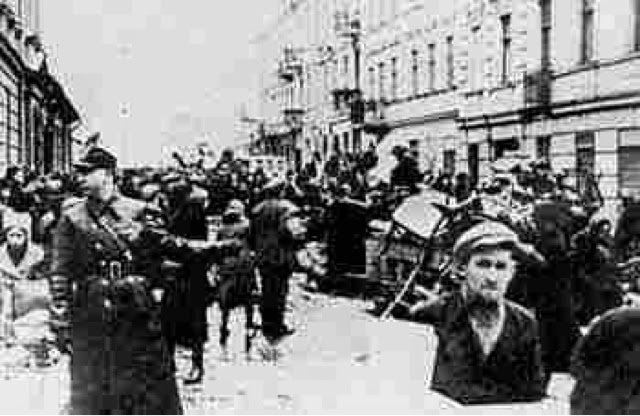 Jacob tells his best friend he heard on the radio that the Red army was getting close.  That would mean liberation for the Jews and death to the Germans.  He does not want to tell his friend he was in German Headquarters as few get out alive so lies and says he has a radio.  Having a radio is strictly forbidden and can lead to deportation to a concentration camp.  Soon his friend has told a friend and soon it is all over the Ghetto that Jacob has a radio.  The news of the approaching Russian Army lifts the spirits of everyone,they have hope.  The high suicude rate drops to nothing.  Soon people come to Jacob and want more news.  He begins to make up encouraging news.

I don't wish to relay to much of the plot so I will just mention a few of the things that really struck me as I read Jakob the Lier.

Becker does not paint the horrors of the Ghetto in broad strokes but in small amazingly details such as saying in passing that his house mate died from eating a dead cat.  Jacob talks of his iswife and we sense the pain of her absence.  Jacob has a factory job moving crates.  People see the train cars full of people being sent to the camps.  This hangs over everything.  The Germans are moving people one  street at a time to the camps.  Jacob adopts and eight year old girls whose parents went to the camps.  She jumped off the train and Jacob found her wandering around.  He hides her as she should be deported already.  I loved her character.   In one just totally marvelous scene, the girl demands to hear a broadcast from the nonexistent radio.  Jacob goes in the other room and fakes a BBC interview with Winston Churchhill talking about how the allies will soon win.  I bet Robin Williams did this briiliantly!

There is much more in this wonderful novel.   The conversations are gems and there are no false notes anywhere.

.
There is great pain in this book, wisdom, evil and transcendent good. It is a classic of Holocaust fiction. 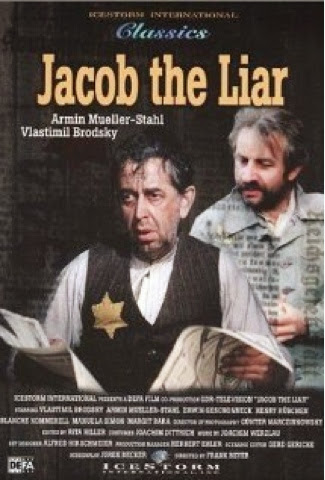 I will soon, I hope, read Becker's The Boxer.