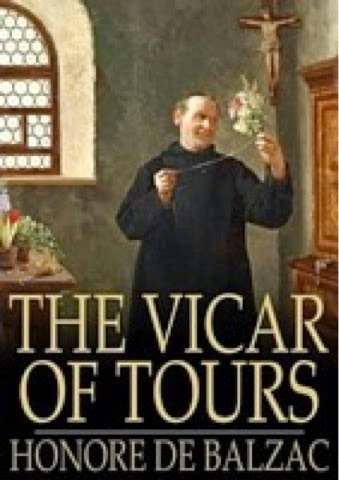 My Posts on Balzac
There are four central characters in The Vicar of Tours.  One is Abbé Birotteau, brother of the perfumer Cesar Birotteau, Canon Troubet, the land lady of a rooming house where the clerics reside, and the house maid.  There are a lot of conspiracies and scemes in the storyline which centers around small town church politics about who will advance in rank and who will get to live in the rooming house.
At the center of the plot is the landlady.  The narration suggests she is evil and malignant because she never fulfilled the ordained by nature role for a woman of wife and mother.
As always there are a number of small gems in the story but overall The Vicar of Tours is for those reading the full Comedie Humanine.
I have now begun Two Brothers.
29/91