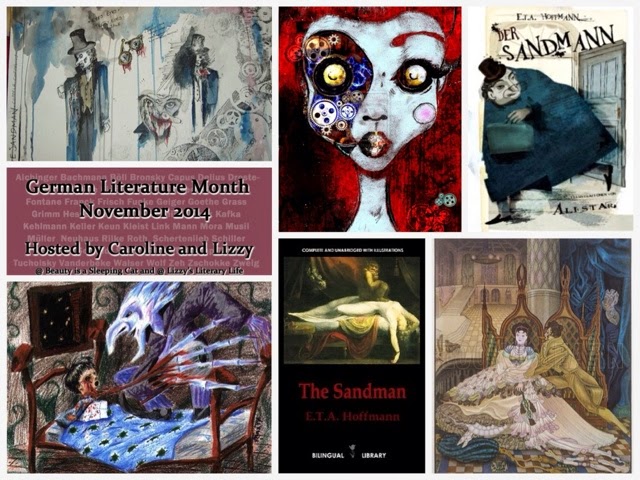 Ernest Theodor Amadeus Hoffmann (he changed his middle name in honor of Mozart-1776 to 1822, born Königsberg, Prussia) was a highly regarded music critic, composer, and a theater director but it his fantastic short works of fiction, often composed very rapidly that have brought him immortality.  Operas and ballets have been made from his stories.  Peter Wortsman in his brief bio on Hoffman tells us that Freud studied Hoffman's writings, especially "The Sandman" deeply.

The plot is complicated and narrated in an interesting sophisticated fashion.  The story starts out with a letter from Nathanael to the brother of his fiancé in which he relays dreams or visions he has had of The Sandman. The Sandman was a character in Germanic folklore said to come when childen sleep and take their eyes to feed to his own children.  He awakes, or maybe he kept dreaming.  He goes into his father's study where the father's lawyer is demonstrating an automaton.   The lawyer hears Nathanel and grabs fire tongs to remove his eyes.  Ok strange so far but this is just the start and it gets much stranger.

I do not want to spoil the intriguing plot for first time readers. I read this in a very excellant anthology, Tales of the German Imagination, edited, introduced and translated by Peter Wortsman. My bio data on Hoffmann comes from there. 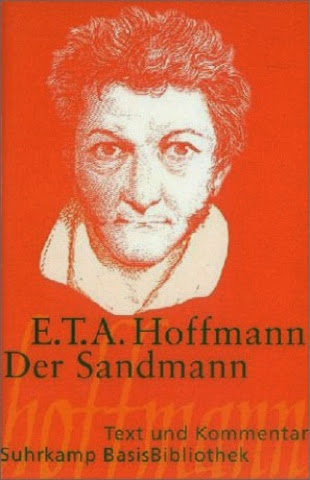