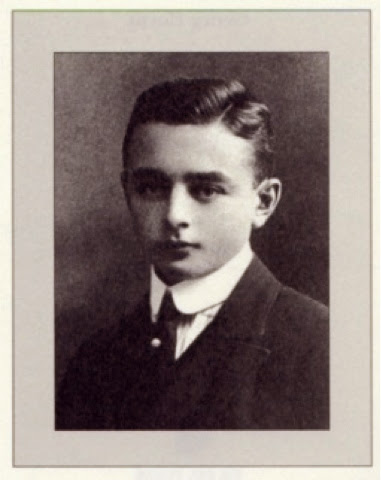 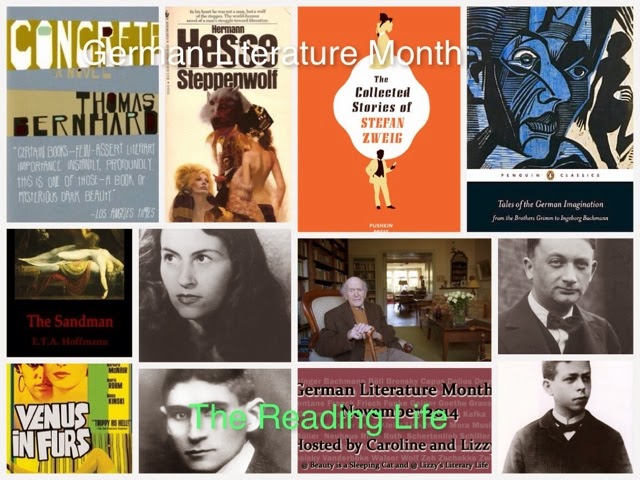 Works I have so far read for German Literature Month 2014
1.   Siddhartha by Hermann Hesse
2.   Gertrude by Hermann Hesse
3.  "Diary of a School Boy" by Robert Walser (no post)
4.  Steppenwolf by Herman Hesse
5.  Burning Secret by Stefan Zweig 1925
6.  Life Goes On by Hans Keilson
7.  Comedy in a Minor Key by Hans Keilson
8.  "The Wall" by Jurek Becker
9.  "Romeo" by Jurek Becker
10.   "The Invisible City" by Jurek Becker.
11.  Wittgenstein's Nephew by Thomas Bernhard
12. "Dostoevsky's Idiot" by Robert Walser
13.  "French Newspapers" by Robert Wasler
14.  Jakob the Lier by Jurek Becker
15.  The Trial by Franz Kafka 1915,
16.  "The Seamstress" by Rainer Maria Rilke  1894
17.  "The Experiement or the Victory of Children" by Unica Zürn 1950
18.  "The Star Above the Forest" by Stefan Zweig. 1924
19.  "Saint Cecilia or the Power of Music" by Heinrich von Kleist 1810
20.  Amok by Stefan Zweig 1923
21.  Concrete 1982
22.  "Kleist in Thun" by Robert Walser 1913
23.  "Incident at Lake Geneva" by Stefan Zweig (1924)
24.  "The Governess" by Stefan Zweig 1927
25.  "The Sandman" by E. T. A. Hoffmann 1817
26.  "The Secrets of the Princess of Kagran" by Ingeborg Bachmann 1971
27.  "Twilight" by Stefan Zweig 1928
28.   "The Lunatic" by Georg Heym 1913
29.    "Dissection" by Georg Heym 1913 - no post
"The Lunatic" by Georg Heym (1887 to 1912, born in Lower Silesia, died from drowning while trying to save a friend who had fallen through the ice on a frozen lake) is an amazing look at the mind of a man just released from three or four years, he is not sure how long, of confinement in a mental asylum .  We are inside his mind as he walks free. He believes those who died in the asylum were ground into sausage and fed to the inmates.  He thinks of a guard he would love to put in the sausage grinder.  He was confined in the asylum after beating his wife, which he feels is a husband's right.  He is on a mission to take revenge on her.  As he walks the streets he either imagines he kills two children by bashing in their heads or he really does.  He imagines how wonderful it would be to mash the skull of an old man that passes by.
When he gets to his old house, the name on the door has been changed.  At first he thinks perhaps his wife moved then he feels she must be trying to hide from him.  He ends up breaking down the door. He sees a rat running wildly around the kitchen wall and he knows that must his wife trying to fool him. He kills the rat with a frying pan.  Now the story gets really really weird.  I won't spoil it for you but it really is a brilliant done realization of the mind of the lunatic. In one poignant moment on his walk he both feared and wished he would be sent back to the asylum.
I read "The Lunatic" in Tales of the German Imagination, selected, introduced and translated by Peter Wortsman.  I totally endorse this book.
Heym wrote seven short stories but while living published only poetry.  His short stories were first published in 1913.  All are said to be about minds pushed to the edge.  "Dissection", which you can read online at the link I provided, is about a man who seems to wake up while being dissected and calmly observed the procedure. 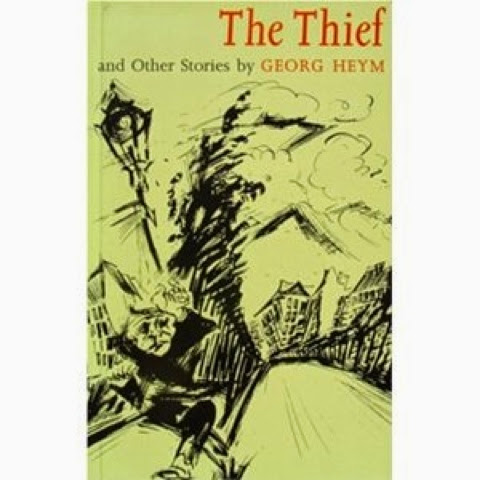 What!? Wow! I've never heard of him but this sounds great. I think I'm going to have to get the short story book as well as the 'German Imagination' one. Thanks Mel.

Thank you for posting this, I am currently re-focusing my own blog around expression through movement and looking to draw from Expressionism. This gives me a good sense of what to explore. :)