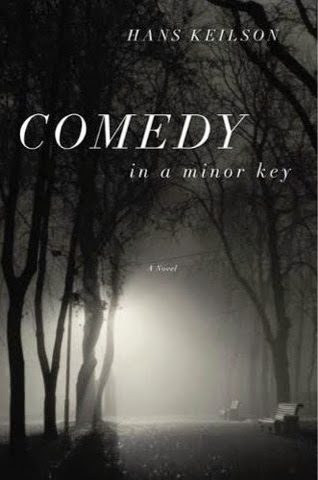 "Literature is the memory of humanity" - Hans Keilson

German Literature Month November 2014 Year IV
Works I have so far read for German Literature Month 2014
1.   Siddhartha by Hermann Hesse
2.   Gertrude by Hermann Hesse
3.  "Diary of a School Boy" by Robert Walser (no post)
4.  Steppenwolf by Herman Hesse
5.  Burning Secret by Stefan Zweig
6.  Life Goes On by Hans Keilson
7.  Comedy in a Minor Key by Hans Keilson
The schedule and guidelines for participation are on the event webpage.  Just reading the  posts of all the other participants is tremendously informative.
I am very happy to be once again participating in German Literature Month, hosted by Caroline of Beauty is a Sleeping Cat and Lizzy of Lizzy's Literary Life.   Events like this are one of the great things about being part of the international book blog community.  I know there is a lot of work that goes into a month long event and I offer my thanks to Lizzy and Caroline.
Hans Keilson (there is a little background information on him in my prior posts) wrote three novels, Death of the Adversary set in Nazi Germany, Life Goes On takes place  between the wars years in Germany and helps us understand why ordinary people turned to the Nazis, and Comedy in a Low Key about a married couple in the Netherlands hiding in their house a Jewish man from the Germans.
If it were not for Lizzy and Caroline hosting German Literature Month in 2013 I probably would never have read Hans Keilson.  I will always be thankful to them for this.
Comedy in a Low Key is the shortest of his books at under 150 pages.  It moves back and forth in time without explanation but it is not hard to follow.  it tells the story of a Dutch married couple, around 1942 or so, when the country is occupied by Germans.  The Germans are looking for Dutch Jews and many people hid them in their homes, some for humanity and some for money.  There was a kind of "underground" railroad network of connections but it was a very dangerous think to do.  Keilson with his characteristic understated brilliance, lets us see exactly how this impacts the lives of the couple and the man they house.   The story takes a fascinating twist and I will not spoil the plot other than to tell you that you can read it to the end without fearing for the couple.
I could rave on for a while about the many wonderful things about this novel but it might seem like hyperbole.  Keilson, a German Jew, spent the war years in the Netherlands and you can feel his very justified admiration for the Dutch.  The portrayal of the marriage and the hidden man are small masterworks.
There is a fascinating interview with good bio data in The Guardian, done during the year Keilson turned 100.
http://www.theguardian.com/books/2010/nov/21/hans-keilson-novelist-holocaust
His three novels all together are under 700 pages.  I am so glad I found out about his work.  I wish there were thirty more of his novels still to be read.
Hans Keilson's books and his inspiring life are a tribute to the ability of the human spirit to triumph over evil. 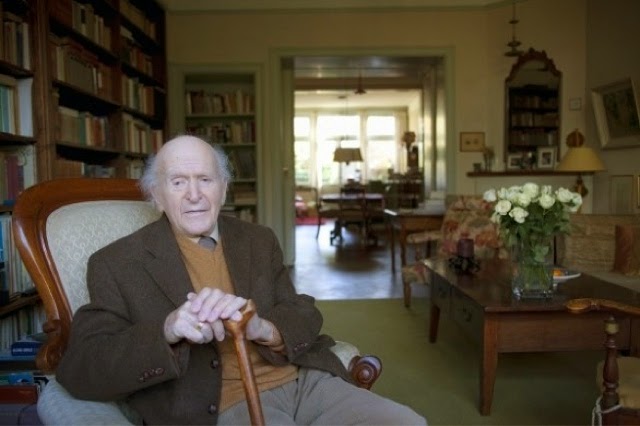 I might have to check out the books by Hans Keilson that you've reviewed. I hadn't heard of him before. Thanks!

Bulbynorman - thanks for the comment. I would enjoy reading your thoughts on Keilson