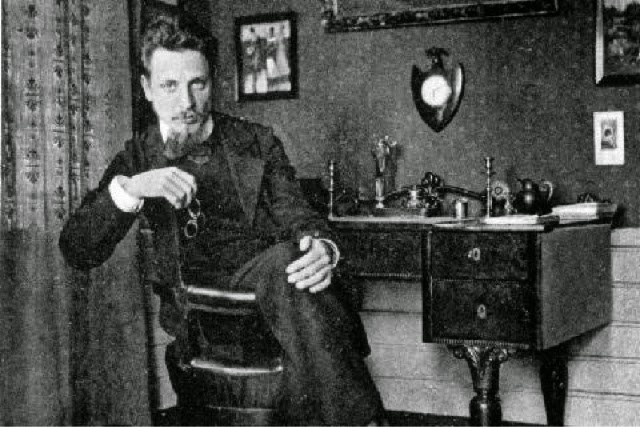 The schedule and guidelines for participation are on the event webpage.  Just reading the  posts of all the other participants is tremendously informative. There is an interesting contest or two and some prizes to be won.  One of the tasks participants are charged with is reading a work first published in 2014 and this collection qualifies.
I am very happy to be once again participating in German Literature Month, hosted by Caroline of Beauty is a Sleeping Cat and Lizzy of Lizzy's Literary Life.   Events like this are one of the great things about being part of the international book blog community.  I know there is a lot of work that goes into a month long event and I offer my thanks to Lizzy and Caroline
Works I have so far read for German Literature Month 2014
1.   Siddhartha by Hermann Hesse
2.   Gertrude by Hermann Hesse
3.  "Diary of a School Boy" by Robert Walser (no post)
4.  Steppenwolf by Herman Hesse
5.  Burning Secret by Stefan Zweig
6.  Life Goes On by Hans Keilson
7.  Comedy in a Minor Key by Hans Keilson
8.  "The Wall" by Jurek Becker
9.  "Romeo" by Jurek Becker
10.   "The Invisible City" by Jurek Becker.
11.  Wittgenstein's Nephew by Thomas Bernhard
12. "Dostoevsky's Idiot" by Robert Walser
13.  "French Newspapers" by Robert Wasler
14.  Jakob the Lier by Jurek Becker
15.  The Trial by Franz Kafka 1915
16.  "The Seamstress" by Rainer Maria Rilke  1894
Rainer Maria Rilke (1875 to 1926, born in Prague) is one of the most read German language writers  of the 20th century. His famous works, his poetry were written in French but he also published a number of short stories in German at the start of his literary career.     His work reflects the usettled Zietgeist of Germany and Paris, where he wrote his famous works.  In the 100 or so Q and A sessions I have done with authors, many cited Rilke as an influence or as a favorite author.
I recently acquired a very good collection of short stories, Tales of the German Imagination from the Brothers Grimm to Ingerborg, selected, introduced and translated by Peter Wortsman and was delighted to find it included a story by Rilke.
Lately I have become increasingly disturbed, annoyed etc with writers whose public personna is that of repudiating so called "petty bourgeois" values while seeing enlightenment who speak of women only in terms of their looks, how close they come to the petty bourgeois standard of beauty.  A beautiful woman is inevitability wise, pure, and good and an unattractive one evil and debased.  It is disappointing to me to see the widespread unthinking acquiescence to this in writers such as  Hesse, Kafka, Zweig, and now very prominent in Rilke's story, "The Seamstress".  (Of course Rilke was only nineteen when he wrote the story.)   Female writers do this just a much as male authors.
"The Seamstress" is told by a young man, living in a rooming house.  He has a beautiful fiancé and of course therefore a pure, good wonderful person.   They often talk about how happy their lives will be.  His affluent father-in-law insists he call him father.  The future looks very bright.   Of course there is no sex involved as a beautiful young woman is by definition pure.
One day he meets another tenant of the boarding house.  A grapically described very ugly young woman.  Of course, being ugly, she turns out to be a vengeful evil sex craved mentally unbalanced woman.
I don't want to tell the full plot but the man takes her to bed and now he cannot get rid of her.  She lives right next door and he soon tries to pretend he is not home when she knocks.  One day he receives a letter from his fiancé's father telling him the marriage will not happen.   It seems the woman went to the house of the fiancé and told her father all about her relatioship with the young man.  The story takes a very dark turn at the close.  Aside from my comments about the judging of women mainly on looks, I enjoyed reading "The Seamstress" quite a bit.
Mel u
.