Letters of Two Brides by Honore de Balzac (1841, An Epistolary Novel - A Component of The Human Comedy)

"His novels, in spite of their extraordinary close tissue, all betray the want of leisure of the author". -  Henry James 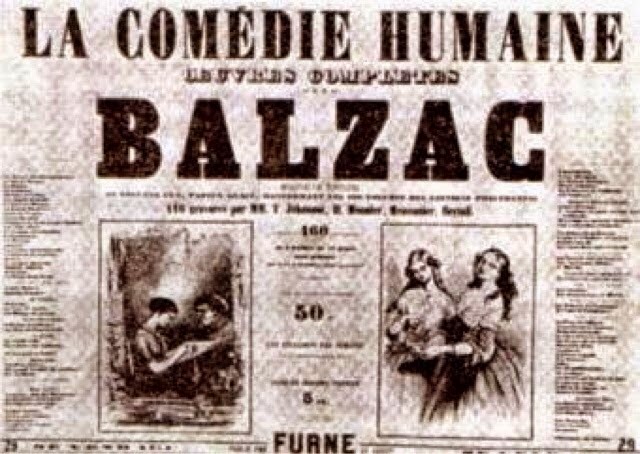 My Posts on Balzac
Letters from Two Brides is an epistolary novel told in sixtyseven  letters, mostly between two young women who spent the years nine to eighteen attending a convent school. The letters cover about fifteen years in their lives.    It was serialized in a newspaper before publication as a whole.  It may not, OK is not, on a par with Clarissa but it very much worth reading and not just because Balzac wrote it.  If I had been a newspaper subscriber in 1841 I would have eagerly read all the letters to see what happens next.
The letters begin shortly after Loiuse and Renne leave the convent school and return home to their families.  The girls have had little family contact besides an occasional letter and maybe a once a year visit.  The girls are both, of course, very pretty and you can see Balzac had a lot of fun describing them!
Louise's family lives in Paris and is quite  rich with a fortune going back generations.  Louise barely knows her parents and brothers and we see in her letters to Renee that she is initially overwhelmed by the glamour of her parents.  The portrair of her thirty eight year old mother that emerges in the letters is a tribute to the comic genius of Balzac.  The mother is described in great detail and is very beautiful and sexually alluring. The daughter is at first intimidated by her mother.  The mother's time is taken up with a constant flurry of social events and operas.  It is obvious she is what is called in the American slang of 2014, a "cougar", an older woman seeking out much younger male lovers but the daughter only very belatedly catches on to this.  A lot happens in the novel, the serialized format pretty much dictates a lot of cliffhangers, and of course love and marriage dominate the letters.  The father at first wants Louise to become a nun so her money, her grandmother left her a fortune, so her brothers can have her money but she refuses this option.  As I mentioned in a prior post on Balzac, his work seems to contain a lot of seemingly impoverished people who turn out to be rich nobility.  Much of the opening letters from Louise are taken up with a description of her family home and her gradual metamorphism from shy convent school girl to beautiful high society young woman.  Balzac skillfully lets us see her own sense of her sexuality and personality emerge in the course of the letters.   Loiuse has two marriages, she was widowed at 24 from her marriage to a Spanish nobleman, lots of standard melodrama. She at twenty seven marries a poet younger than her  and forces money on him to support his work.   This relationship is not that well developed but the ending action was very good and I bet contemporary subscribers loved it.  The close out of her life at twenty seven might either seem heartbreaking or it might make you realize Balzac was trying to get as much emotion in this as he could. 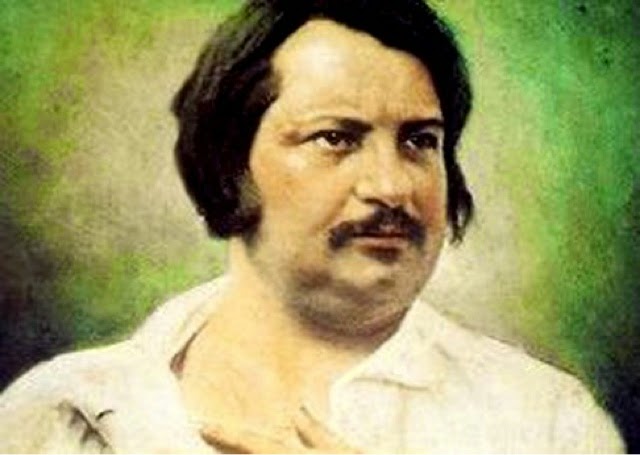 Renne  is from a much less affluent but still comfortable family, poor girls did not normally go to convent school.  She is more practical, less controlled by romantic impulses and is kind of the voice of reason in her letters to Loiuse.  The women are very close and tell each other their most intimate thoughts.  Renne marries a hard working man and has three children. Overtime she learns to love the man who does rise up to be a peer of France.  In a way Louise is the city, Renne the country.
There are also short letters from others in the novel, I enjoyed those a lot.  The longest letter took about seven minutes to read and many are much shorter.
The faults in this novel center around the romances of Louise.  Somehow they don't quite work and the fact that her Spanish tutor seemingly in poverty turns out to be a wealthy aristocrat who regains his fortune is kind of pot boiler stuff.  The romance with the younger poet could have been a lot better developed.  The strengths of this novel, which way out way the flaws, are in seeing the characters of the girls emerge, seeing them grow from naive convent girls to women, I wondered if Loiuse ever figured out her mother had lovers, and the descriptions of Louise's house, the furniture, the food, and if course the concerns over money.  The friendship of the girls was very real for me.  In many ways the epistolary format forced Balzac to show rather than tell us things.
I liked Letters from Two Brides quite a bit.  I guess it had to be melodramatic to be an initial success.  I think it would be enjoyed by anyone who enjoys epistolary letters.  The preface to the first English translation was written by Henry James.
23/91
If you have a favorite Balzac, please share your thoughts with us.
I have now begun a short novella inspired by a fable of La Fontaine.
Mel u