Art of a Jewish Woman: The True Story of How a Penniless Holocaust Escapee Became an Influential Modern Art Connoisseur by Henry Massie (2013) 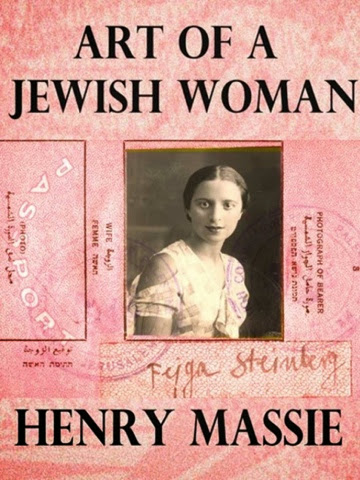 I often come across books by luck.  I subscribe to several mailing lists, commercials for E Books, that list temporarily free or price reduced E Books.  Through this I have acquired, for example, short story collections of Flannery O'Connor and Paul Bowles for only $1.95.  Yesterday I learned that Art of a Jewish Woman by Henry Massie was reduced for one day only from $4.95 to free.  I am very interested in Holocaust literature, memoirs, and history so I acquired the book figuring I would at least look at it.  (Sellers and publishers often offer short term or deep discounts to raise Amazon sales position and get more reviews.  The more sales and reviews, the more often Amazon will recommend your book.)
Art of a Jewish Woman is a son's loving and deeply wise biography of his mother, Felice.  It is is the story of a holocaust survivor who left Poland as more and more Jews were killed by the Germans.
It is also a history of the period seen through the life of one person.  It is tribute to the human spirit in which we see how a young girl goes from a small town Polish shtetl to a world class collector of modern abstract art.  Raised speaking Yiddish and Polish, she taught her self English, Hebrew, German, Russian, French, and Spanish.  She became an expert on Lorca.
She was culturally Jewish but regarded all religions as lies.  She was a socialist of the old school.  She was as smart as they come and very beautiful.  She had numerous romances.  Following her father's wishes, she became a dentist.  She wanted to be either a doctor but her father said it was not proper for a woman to see men naked.  She wanted to be an actress but her father said actresses were all whores.
While in Palestine she, after going through various trials, ends up working for an Arab dentist.  She is valuable to his practice as Arab women are not allowed to bare their faces to a male dentist.
With the help of a relative in America, she makes leaves Palastine and arrives in New York City.  She finds she cannot practice dentistry so she gets work as a tutor for the daughter of the president of Yale.  She loved to read and becomes more and more deeply cultured.  With the aid of a foundation, she gets a grant to study dentistry in a school in St. Louis.   There her life changes for ever in a fabulous way.  She winds up marrying a man who will become a world class cardiologist.  Compressing a lot, she builds an incredibly beautiful house and begins to acquire works by the greats of modern abstract art, many in their neophyte days.  She buys works for a few thousand dollars that are now worth millions.  She develops an international reputation as an art expert and assembled a world class collection in her home.  She can never really escape nightmares of her family starving and her mother going to her death in a concentration camp.  She loves beauty above all.  She becomes a mentor to numerous young women, building relationships that will last decades.
As I read this I knew the author was a well known psychiatrist so I found his account of his relationship to his mother and father of great interest.
The book also has brief period histories of Palestine and St. Louis.
After reading the book I looked at the Amazon reviews, most really liked the book and respected Mrs. Massie and gave it five or four stars.  There were also a number of one star reviews.  I looked through a few of them and they were all just flat out stupid.  One reviewer said the author lives in California so the book is all "left wing garbage", others claimed she was not really a holocaust survivor as she was never in a concentration camp.  Other negative reviewers seemed jealous of her wealth and one said he had never heard of any of the artists mentioned and thus he concluded the book is totally invalid.  One claimed the prose was very "academic" and they found it hard to read.
I greatly enjoyed this book and endorse it to all interested in the time and theme of the book.  It is a little rambling at times but no big deal. 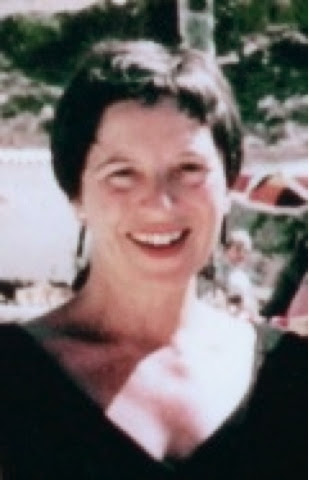 Mrs Massie at 55
Art of  Jewish Woman is a book I am proud to feature on my blog.
There is a good book trailer here
http://bit.ly/wMfJ2z
The Saint Louis Jewish Light published an excellent obituary (1910 to 2007)
http://www.stljewishlight.com/life_cycle/obituaries/article_e9fa8ddb-9986-5f45-af13-a6f3d929ddf0.html?mode=jqm
Author Bio from Amazon
Henry Massie is a psychiatrist, award-winning author, and pioneering researcher in the field of autism.

Sounds really interesting. Which sites, especially for free e-books do you subscribe to? I get some really nice offers sometimes from these two sites (you can specialise the kind of books you are interested in) Endeavour Press and Bookbub.

Lisbeth. I sent you email on this. My go to first site for public domain E Books is Manybooks.net

Mel, this really does sound fascinating. I had not heard of this woman before. Terrific review!