Prior posts on Henry James 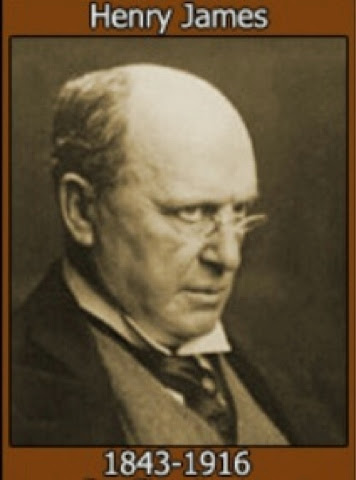 Not long ago I read an interview in The Paris Review with Leon Edel, author of a five volume biography of James, says one of the unanswered biographical question on James concerns his attitude toward sexual matters.  Edel says in his novels James is is very guarded about revealing anything about himself but in his short stories he sometimes opens up more.  One of the short stories Edel recommends was "Longshaft's Marriage".  (I hope I am not the only one who at least wondered if the title choice might mean what it does in American slang now but I guess that is just an unfortunate linguistic development.)
As the story opens two young affluent American women on a grand tour of Europe, now in Nice. Anyone who has read much James knows that Europe versus America is one of the big themes of James and it manifests itself strongly here.
One of the young women is kind of subservient to the richer of the pair as she received a huge gift of money from her from an inheritance.  She notices a very handsome but sickly looking young man has been looking at her friend.  She makes inquiries and finds the young man is from a very wealthy English blue blood family and learned he is thought to be dying of consumption. The man approaches her and tells her he is in love with her friend and wants to marry her.  The friend urges her to do it so she can inherit his vast estate.  The other woman declines fearing he might recover and then she would be stuck married to him.
Two years go by and the women are back in America.  The richer one now is in the last few months of death by consumption.  She proposes her and her friend go back to Europe.  Her private plan is to try to find the Englishman, hoping he survived and purpose marriage.  By a near Miracle they find the man and marriage is proposed.
I will leave the rest of the story untold.
I wondered why both the man and woman see marriage as a good option only on their death bed?
"Longshaft's Marriage" is a very interesting story written in the of course sublime prose of James.
Mel u
.