My Prior Posts on Jhumpa Lahari 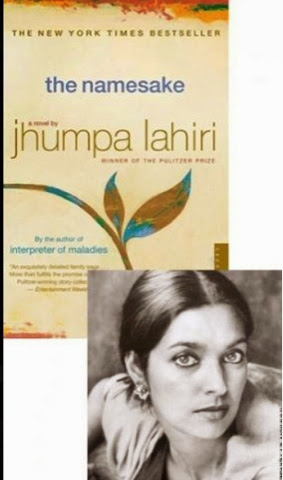 Jhumpa Lahari is one of my favorite contemporary writers.  I have recently read articles by eminent literary critics claiming the literary novel is dead.  I seriously doubt any of them have read the three novels of Jhumpa Lahari.  With the completion of The Namesake, her first novel, I have now read, I think, all of her published fiction, including  her short stories in The New Yorker which are not yet anthologized.  The Namesake was initially published as a long short story, "Gogol" in The New Yorker.
I do not have a favorite Lahari, I have throughly enjoyed each work.  Most of her fiction centers on Bengali immigrants to the northeastern part of the United States.  Most begin with a central character seeking education in top quality American schools in order to insure a comfortable life.  Most of the male characters are engineers or academics.  I love works replete with well done unforced literary references from the reading life of the central characters.  In The Namesake I was very moved when a lead female character talks about reading Stendhal's The Red and the Black in the translation by C. K. Scott Moncireff.  Above all the novel is driven by refrences to Russian literature, especially Gogol.
I am not inclined to retelling the plot.  It covers many years in the lives of a Bengali family and develops profoundly the conflict of the immigrant in maintaining his or her culture while succeeding in a new country.  They go back and forth to Calcutta numerous times.  There are numerous great Bengali food scenes.
I liked The Namesake a lot.
I hope to read many more works by Jhumpa Lahari.
Mel u

Immigrant stories are always full of character and sagas. Lahiri epitomizes this to the fullest. I loved this book.

Mel, I'm glad you enjoyed this book. I do have it, but have not had a chance to read it yet. I have read some wonderful short stories by this author though.