Lewis Carroll The Man and his Circle by Edward Wakeling (forthcoming January, 2015) 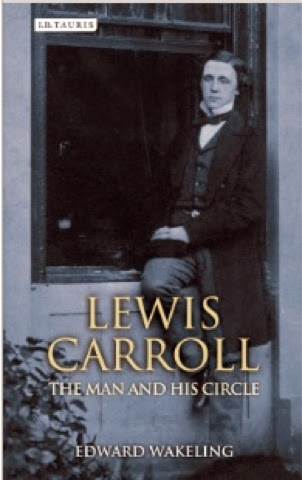 Lewis Carroll The Man and His Circle by Edward Wakeling is a factoid rich highly informative work.  Edward Wakeling, per my research, is one of the world's leading authorities on Lewis Carroll, pen name of Charles Lutwidge Dodgson (1832 to 1898), author of Alice in Wonderland, 1865, and Through the Looking Class, the 1871 sequel.  His books were an immediate tremendous success and brought him financial independence and worldwide fame.
As I learned in the book, Dodgston was a very bright young man. Following his father he went to Oxford at 18.  At age 20, he was awarded a "studentship".  This was a grant for life of rooms at Oxford. The catch was you had to swear a lifetime oath of celibacy, which Dodgson did as far as truly known kept this vow.  He taught Mathamatics and Logic.
There is a lot of good detail on publishers, illustrators, other professors, life at Oxford and the family history in this book.  It does not focus very much on literary exegesis or on how or really even why Carroll wrote his famous books.
Carroll lived a very sheltered life as a life time student and academic  He took his vow of celibacy seriously, per Wakeling.  He faced few of the normal challenges of life.  He lived all his life at Oxford and taught a bit of mathematics.  He lived among other single men.  He was very into photography for many years and now the big question about Carroll comes up.  What is behind the many, about 1500 photographers of young girls, including nude photographs.  Why did a mature Oxford Don love to socialize with young girls?   Wakeling tries to defuse the long raging controversary concerning whether or not Carroll was sexually interested in young girls by telling us several times he also photographed young boys and socialized with them also. I found that a tremendously poor defense!    Wakeling says, and I guess I accept his authority, nude photography of young girls was not uncommon in Victorian England.  I don't see how it being common practice,  in thirty plus years of on and off reading of Victorian literature and history I have never heard of this, is a defense.  It just means there was a market for such pictures.  As far as is known, he took no nude photographs of young boys.  I did not find Wakeling's rationalization for Carroll's activities with children convincing.
Look at these images and let me know your thoughts please
Lewis Carroll The Man and his Circle is a book for those very interested in the subject matter. If you want basic bio data on Carroll, start out on Wikepedia.  The planned price on this book is $49.00. I am not castigating anyone for this price but unless your book buying budget is very high and the subject fascinates you it is simply too expensive.
I was given a review copy of this book.
Mel u 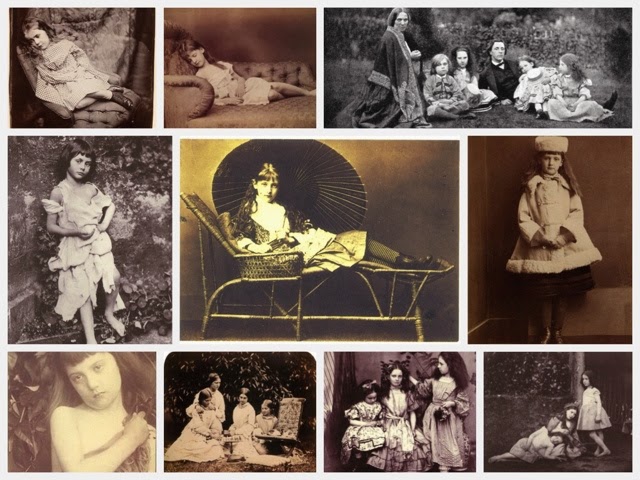