Ivanhoe -  Is it Anti or Philosemtic?  Are these just two sides of the same coin? 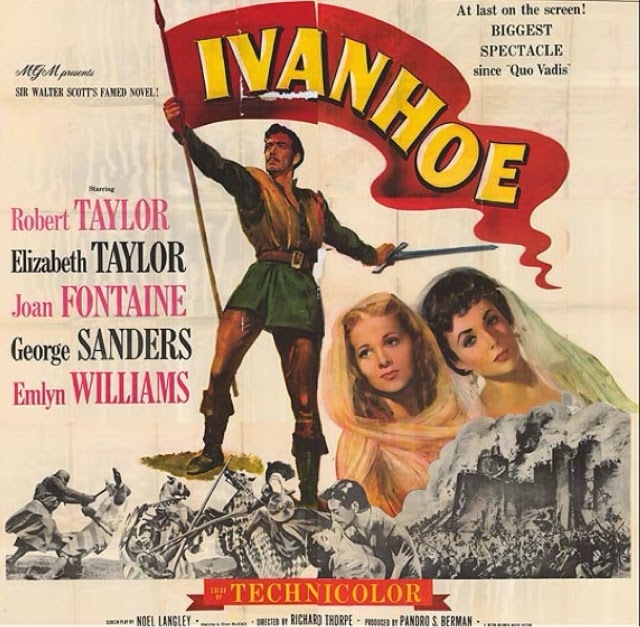 My immediate motivation for reading my first work by Sir Walter Scott (1711 -Edinburgh, Scotland to 1832) was to see his influence on Balzac and the historical novel.  In 1832 he was the world's most popular writer.
I am very glad I took the time to read Ivanhoe.  I really liked parts of it a lot.  I guess flashing back to old movies I liked best the tournament of knights, the archery contest, the castle seige, the revelation of King Richard, the sense of the lingering conflicts between the ruling Normans and the Saxons and remembering all the old movies it brought to mind.  The book is set in England in the 12th century.
As I read on I began to get very tired of and annoyed at the constant use of the word "Jew", 383 times in all, about once a page.  Jews are constantly described as being usurious and destroying the lives of  Christians   in pursuit of wealth.  All Jews are assumed by others to be rich and are considered to be adapts at all sorts of hidden "oriental lore".  All are assumed to be in league with others in their "tribe".  I began to feel like abandoning the book but then I thought  maybe Scott is trying to expose the attitudes of the English in the 12th century.  Still I thought why cannot Rebecca just be referred to as "a beautiful woman", why must she always be called a "Jewess"?  I did some quick research and found opinion divided but most said Scott was actually Philosemtic.  I admit this is a new to me expression but basically it means a predisposition to like anything or anyone considered Jewish.  People said, rightly, that the two main Jewish characters, Rebecca and her father, always act with complete nobility and goodness so this repudiates the claim that Ivanhoe supports anti-Semite values.  But let us think for a moment, imagine a novel which on hundreds of occasions dumped all Asians into the category of "sneaky, treacherous, inscrutable Orientals" then redeems itself by having two good Asians in the novel.  For sure Ivanhoe exemplifies Orientalizing, as used by Edward Said.  And I have said nothing about the way "Saracens" are described.
Why cannot people just be complicated whole  entities? Is a commentator on American TV who makes a big show of his fondness for Bill Cosby to repudiate charges of racism proving he is not biased?
I recently read an over all very good biography of C. K. Scott Moncireff (also from Edinburgh) in which the author explicitly states he showed great courage fighting in the trenches in W W I even though he was gay.
I know, for one example, Flannery O'Connor often uses gross racial terms to refer to African Americans (there is a disgusting line in Ivanhoe where a small group of African slaves are referred to as having "blubber lips") and this does not make her racist.  This is how people talked.  Howeveri, if she were to refer in amazement to how not all such persons are lazy, violent, ignorant, and shiftless, then we would see her differently.
I think many will find the very flowery dialogue either tiresome or comic.  There are also very big issues with how women are valued only for their beauty.  I suspect the longer one scrutinized the values exemplified by Ivanhoe the worse it will look.
Can great writer can be racist?.  Maybe bad in our, my eyes,values does not mean bad writing.  For sure Jane Eyre  has issues.
Probably Ivanhoe should be read eventually by most literary autodidacts esoecially those seeking an understanding of the development of the novel.
Feel free to respond to my claims.  Maybe in 1820 this was a daringly progressive book 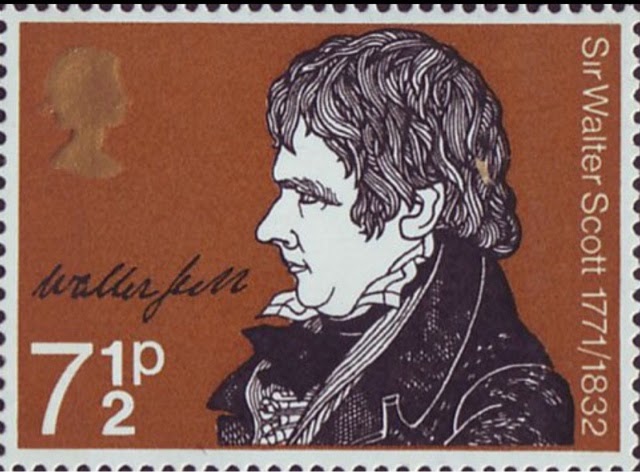 I'll respond! Ivanhoe is of minimal importance to the development of the novel. The earlier Scottish novels are much more important, and several of them are also quite a bit better than Ivanhoe. By the time Scott wrote Ivanhoe, his influence on the novel had already been baked into the cake, so to speak.

None of the Scottish novels have Robin Hood, though.

Amateur Reader (Tom). Maybe once I complete reading Balzac I will try another Scott novel

Actually I've madea review of the novel some years ago:
http://half-filledattic.blogspot.com/2012/09/classic-clubs-project-ivanhoe.html

Well, racism is a big thing in that novel as a whole, and I'm not talking about Jews. Norman-Saxon thing consumes most of the plot, and it's based on racism.

As for women being valued by their looks, it's pretty common in Medieval stories, when the novel is set. During that time, people often connected physical beauty with moral beauty. Therefore if you're handsome or beautiful, you are certainly a good person. So being beautiful, both Rowena and Rebecca are expected to have good virtues and moral values.