"The Experiment or the Victory of Children" by Unica Zürn (1950) 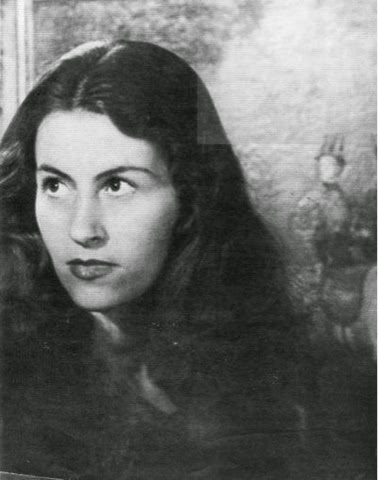 The schedule and guidelines for participation are on the event webpage.  Just reading the  posts of all the other participants is tremendously informative. There is an interesting contest or two and some prizes to be won.  One of the tasks participants are charged with is reading a work first published in 2014 and this collection qualifies.
I am very happy to be once again participating in German Literature Month, hosted by Caroline of Beauty is a Sleeping Cat and Lizzy of Lizzy's Literary Life.   Events like this are one of the great things about being part of the international book blog community.  I know there is a lot of work that goes into a month long event and I offer my thanks to Lizzy and Caroline
Works I have so far read for German Literature Month 2014
1.   Siddhartha by Hermann Hesse
2.   Gertrude by Hermann Hesse
3.  "Diary of a School Boy" by Robert Walser (no post)
4.  Steppenwolf by Herman Hesse
5.  Burning Secret by Stefan Zweig
6.  Life Goes On by Hans Keilson
7.  Comedy in a Minor Key by Hans Keilson
8.  "The Wall" by Jurek Becker
9.  "Romeo" by Jurek Becker
10.   "The Invisible City" by Jurek Becker.
11.  Wittgenstein's Nephew by Thomas Bernhard
12. "Dostoevsky's Idiot" by Robert Walser
13.  "French Newspapers" by Robert Wasler
14.  Jakob the Lier by Jurek Becker
15.  The Trial by Franz Kafka 1915
16.  "The Seamstress" by Rainer Maria Rilke  1894
17.  "The Experiement or the Victory of Children" by Unica Zürn 1950
I first heard of Unica Zürn when I saw her name in the table of contents of a really good anthology of German short fiction I recently acquired, Tales of the German Imagination From the Brothers Grimm to Ingerborg edited, translated and introduced by Peter Wortsman.  Unica Zürn (1916 to 1970, born Grunewald, Germany) was a novelist, poet, and short story writer but it appears she is now best known for her graphic art and her artistic partership with her husband, the German Surrealist Hans Bellmer.  They lived for many years in Paris and were active in artistic circles.
Zürn had a long history of mental illness and leaped to her death out the window of a Paris apartment.
The images in the post are of her art work. 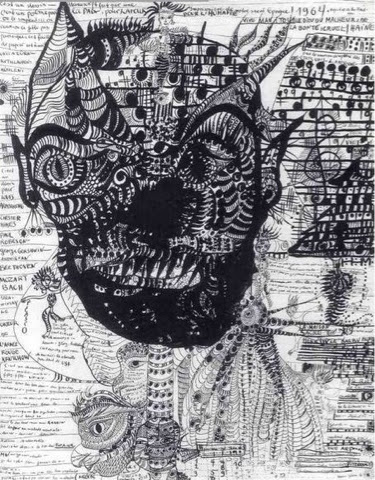 "The Experiment or the Victory of Children" is a very interesting story.  It is making a political point against collectivism and any kind of social theory that trys to force people to all be alike.  I suspect it may well have had particular targets in Paris in1950 in mind but it very much applies today.   Christmas approaches as the story opens.  A committee of some sort have decided only toys can be sold that are so huge that only children in large groups can play with them. All the old style dolls, for example were replaced by giant dolls three meters long that individual children could not lift. 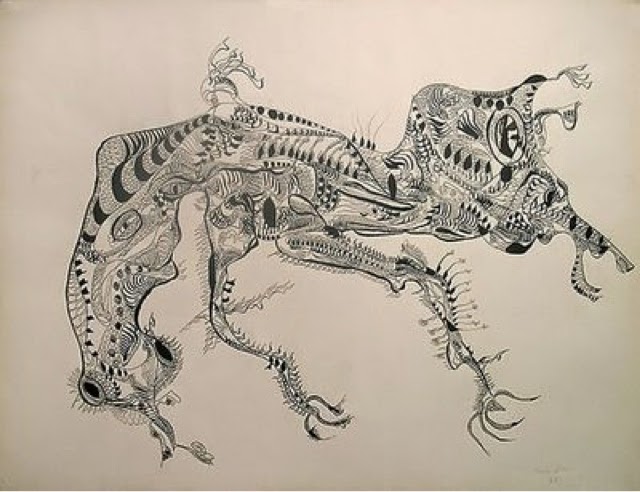 I do not wish to spoil the close but the children totally repudiate the attempt to collectivize their toys in a very funny well done close to the story.
I am glad I got the opportunity to read a story by Unica Zürn. 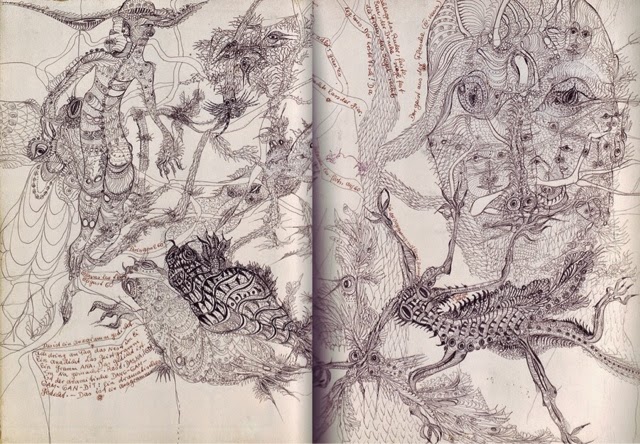 An excellant short bio on Unica Zürn can be found here, including images of her art.
http://sigliopress.com/two-halves-unica-zurn/
Mel u

The anthology from which this story is taken is truly excellent. It ended up,being my book of 2013!

What a sad story and tormented life - and leading nevertheless to some great art and interesting literature! Thanks for introducing me to this new to me author.

Lizzy Siddal. The more I look at Tales of the German imagination, the more I like it.

Marina Sofia- until I read her yesterday she was a new to me author. The art is fascinating