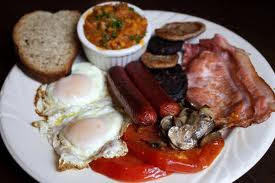 Please consider joining us for the event.  All you need to do is complete a post on any Irish Short Story  and let me know about it.  I will publicize your post and keep a master list. Please let me know if you have any questions or suggestions. 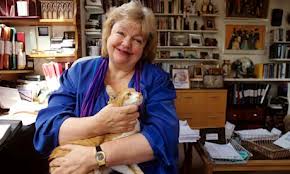 Abortions, to my understanding, are illegal under all circumstances in Ireland.  Tragically this recently resulted in the death a woman in November, 2012 who needed to have an abortion to save her life.  This incident resulted in international outcries from Women's Rights groups and a change in the law may now be underway.   It appears normally if an Irish woman wanted an abortion and could pay for the air fair and medical fees, she just flew to London and got an abortion there, where is is perfectly legal.

"Shepherd's Bush" by Maeve Binchy (1940 to 2012) is about a woman's trip to London from Ireland to get an abortion.  She works in a hotel as a clerk and she has been having an affair for sometime with the married hotel manager and is pregnant by him.   She knows he is not going to leave his wife for her and she feels she cannot raise a child alone so she decides to go to London.   She has a casual friend who lives in an area of London called "Shepherd's Bush" where a lot of Irish live , another Irish woman, that she will stay with for the few days it will take.   She does not tell anyone but this woman, not even the baby's father, that she is going to London for an abortion.   In the Irish world she lives in, abortions carry horrible stigma and are seen as equal to or actually being murder.   She is afraid the doctor will belabor her with lots of questions and she will end up being made to feel she is a degraded sort of person.  Her friend tells her things are not like that in London.   The biggest concern of the doctor's staff will be making sure you pay in cash in advance.  I will quote a bit to give you the feel of Binchy's wonderful prose-these lines are part of the heart of the difference between Ireland and England.


'“In London, a doctor isn’t an old family friend like at home, May. He’s someone you go to, or I’ve gone to anyway, when I’ve had to have my ears syringed, needed antibiotics for flu last year, and a medical certificate for the time I sprained my ankle and couldn’t go to work. He hardly knows me except as a name on his register. He’s nice though, and he doesn’t rush you in and out. He’s Jewish and small and worried-looking.”


This is a very good emotionally intelligent story and I am very glad to have read a second story by Maeve Binchy.

Last August I read and posted on her very moving story, "The First Steps of Christmas".


I read this in  The Anchor Book of New Irish Writing