"The Confirmation Suit" by Brendan Behan 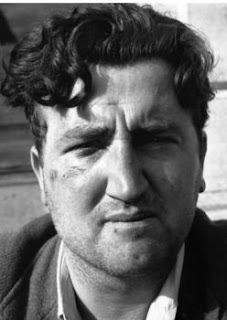 Event Resources-links to lots of Irish short stories-from classics to those written in 2013.

Brendan Behan is the quintessential 20th century Irish writer, as least as influential by the legends about his drinking, his years in prison in support of The Irish Republican Army, his time in New York City where he had an incredible period of creativity writing novels, plays and short stories as well as reams of journalism.  Much of his work was autobiographical.  He loved drinking and partying.  He was by all accounts, including his own, an alcoholic which lead to his death at 41 from diabetes.   His drinking bouts were the stuff of legends, even in the pubs of Dublin and the Irish bars of  New York City.  He was also an accomplished singer.  I think his most famous literary work his autobiographical novel, Bristol Boy.

"Confirmation Suit" is a simple story that shows off much of preoccupations of Behan.   A boy is about to be confirmed as Catholic, a very important day in the life of a child, normally at about age 13.  It is also a time when proud parents and grandparents want to make sure their boy has a nice suit to wear to his confirmation.    For the working class family in this story, the suit is not a trivial expense and a lot of care when in deciding who would make it.  Normally the woman who did his suit only makes outfits for people to be buried in but she made a deal with the family to do this suit.  Fortunately  this story is online so you can read it if you like and I recommend you give it a try.   It has all the elements of a Irish short story-heavy drinking, Catholicism and priests, death, family and a rebellious son and a weak or at least emotional remote father.   There was also a lot of fear in the story as the confirmation candidates could be asked all sorts of theological questions.

You can read the story here.

I have to write a 250 words essay about that same story. can u PLEASE do the same story but for kids.