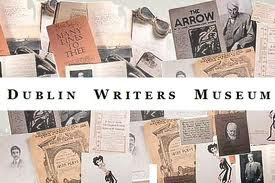 One of my goals this year for Irish Short Story Week III (ISSW3) is to read lots of stories by new to me writers. Last year during ISSW2 I discovered a number new to me writers I now considered among my favorite short story writers, some long dead and some with a long career ahead of them. 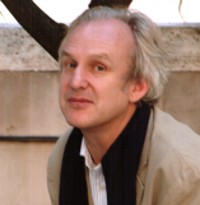 "Telescope" by Rohan Sheehan is a brilliant story about a number of interrelated topics.  It is about bullying, about being along, about defining yourself through someone else, about star gazing, about servant's revenge and class structures.  The story opens with a waiter in a posh hotel, working there to put himself through college, gazing through a telescope.  His course focus is philosophy.  At night he loves to look through a telescope at the lake and above all at the stars.

"Everything that existed was outside—all foreign, all nothing to him. There was no threat from up there, and no promise either. There were shapes and colours, substances. There were no questions to be asked about them. They were there, that was all. He looked up at them through the glass, not knowing when he had started, not knowing when he would stop. They were there, with no beginning and no ending. Shape. Colour. Substance. Space."

In addition to Patrick the waiter who is the central focus of the story there are several other interesting persons.  There is Mrs. Wolfe, the wife of a wealthy psychiatrist who leaves her alone in the hotel for long periods.  Her abundent loneliness manifests itself in her savoring of her few daily moments of conversation with Patrick.  Next to her table are Mr and Mrs Smith.  Mr Smith is a petty bully and a fool who once he finds out Patrick  studies philosophy tries to drag him into ridiculous conversations.  Mrs  Smith suffers in silence.  In one very abusive scene, a female waitress is tormented by Mr. Smith and questioned about a non-existent relationship Mr. Smith thinks she has with another employee.  He asks her inappropriate questions about her sex life and leers at her breasts.  There are also as important background characters, the manager of the hotel and his wife, both petty tyrants of the first order who love having power over the employees, many of whom will go on to do much more with their lives than they did with theirs.

One day, after a night of heavy drinking, Patrick also drinks himself into a stupor some nights, and talking about how they are abused, they are not being properly paid among other things, the dining room staff go on a rampage.  They approach the front desk and demand the overtime they have not been paid.   In a shocking act, which I loved, Patrick takes his revenge on Mr. Smith.

This is a very well done story, a great pleasure to read and brings several people quite to life in just a few pages.  It gives us a very good feel for class conflicts in the hotel, how some can be decent and others not.  There is an undercurrent in the story, of which I have  not spoken, of the thoughts gazing on the stars engender in Patrick (remember he is a young philosophy student.)

I quite enjoyed this work and  hope to read more by Sheehan in the future.

I read this work in The Anchor Book of New Irish Writing, a very good collection of Irish short stories.


Works
Ronan Sheehan was born in Dublin in 1953.