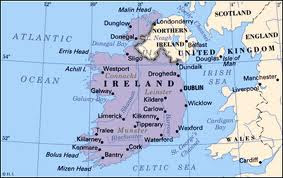 Last year I was pondering whether or not I should read all of the thirty short stories in a great new anthology of short stories by the 2011 and 2012 MA classes in Creative Writing at the National University of Ireland at Galway.  All of the writers were new to me, and pretty much new to writers.  I knew the only way for me personally to approach the book would be to post one at a time on all of the stories in the collection.  I looked the various titles over and I decided I would first read a story called "The Revolutionary and Synge" by Fredia Lennon.  I decided if I liked that story then I would commit to the editor and published of the book to post on all the stories one at a time.  I picked this story because I had recently read two of  Synge's  plays, Playboy of the Western World and The Tinker's Wedding and also his classic book The Aran Islands.  I totally liked this story and I did feel Synge some how in the story in the debates between the two lead characters on whether Galway or Dublin represented the "real Ireland".  (My post on the story is here.)

Today I will post briefly on two more of Ferdia Lennon's short stories (both of which can be read online via a links I will provide.)

"‘It was—in 19th century Russia, life actually meant something. Raskolnikov’s suffering was not in vain and the nobility of his sacrifice transcended the brutality of his crime!’ Fionn paused and fingered a golden strand of goatee in bony fingers. ‘Sorry, I forget you haven’t read it. The basic gist of Crime and Punishmentis that Raskolnikov, a poor young Russian intellectual, murders a rich old hag of a moneylender. He does this not so much for her money, but to see if he as a great man can transcend ordinary moral laws and through his strength of will, remain unaffected.’"

"Roskolnikov and I" starts out in a class in French philosophy during a session of Rene Descartes.  Fionn eats nothing but cabbage and does not speak to anybody else in the class.  One day he starts laughing to himself as the tutor is pontificating.  The tutor is angered of course and he asks Fionn to share the joke.  He says something very off the wall and quite intriguing and he walks out.  After that his class mate, who is telling the story sees him in the student union and decides to become friends with him.  Fionn begins telling him of the great impact reading Crime and Punishment  has had on him.  He talks of how in 19 century Russian suffering meant something and if they had met then their friendship could have meant something.   Soon he begins under the tutelage of Fionn to read lots of Russian classics,  He is not allowed to read Tolstoy or Chekov as Fionn feels they are "bluffers", with one very interesting exception.  Fionn claims he did something to a cat to imitate the hero of Crime and Punishment, Roskolnikov, who murdered an old woman to prove to himself he was above conventional morality.  At this point I really don't like Fionn.  I do not want to tell to much of the story because the ending is really well done but when it comes you will change a lot of your opinions about what you thought you understood about the society.   Like "The Revolutionary and John Synge" this story is more or less structured around two young men arguing over what is authentic and what it not.

I really liked this story.  Decades ago I read lots of Dostoevsky and I also took classes in philosophy so I can relate to the two men in the story.  I thought Lennon did a great job of creating the angst of the young and then undercutting them and us at the close of the story.

You can read this story here .  It is very much worth the few minutes of time it will take you to read it.  Cat lovers like me will find themselves riled up at one point but all ends well, cat wise at least.

"The God of Rain"

"I joined the University Pagan Society on the spur of the moment. I'm not even religious - doubt that there's one god let alone several, but the chap at the stand sold it to me. He said that they organized weekly trips into the forest to make offerings, and that these offerings usually ended in cans. Not only that, but he told me they were desperate for some high priests and that I struck him as perfect for the God of Rain. Now this might all sound pretty weird but, as I said, I was lonely, and for someone to talk to me never mind tell me I'd make a good high priest, was a real confidence boost."

How can you not be intrigued by a story that starts out like this?   The man signed up for the club because he is old they go out in the forest every week to make offerings and the guy selling him on the idea said he looked like he would make a good high priest.  Also the man looked like he was the real thing, "a proper pagan".   (This story line goes back to one of the things I have been blathering away on this month-that the Irish short story either reveals the fact that a mythic past is seemingly  created in Ireland to hide from or rise above the legacy of colonialism or the story itself does just that without irony.)

"'In the days of old, we would have sacrificed two oxen, four sheep and six pigs but our resources are not the same as our forefathers, and we are reduced to this!'  Sam removed the lid and put in his hand. When it came out, he was holding either a mouse or a hamster by the tail.'It is but a humble offering,' said Sam, 'but Raglanoch is merciful'
Even though I was smiling, I could feel my heart pounding away.Sam took out one of those red Swiss army and pulled out the blade. 'Accept this meagre token, Raglanoch.' "

I'm no bleeding heart animal lover but seeing the little thing going crazy dangling between Sam's thumb and finger was too much for me."

This is a very funny story.   It was fun to read about the pagan cult and I see how this fits in Irish culture and modern society.  I loved it when I saw the pagans got their music from and IPAD.   It is also about drinking, the things people do when they are lonely and the fantasies young men have about what might attract girls. 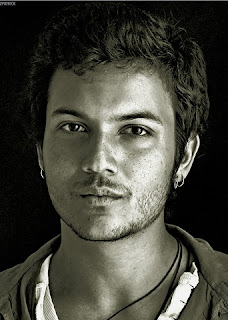 Ferdia Lennon is from Dublin. He recently returned from Paris, where he co-wrote the comedy sketch show Fifth Wall which played at the Petit Théâtre du Bonheur, Montmartre. His short fiction has appeared in journals such as Southword, The Galway Ropes Anthology and Wordlegs 30 under 30. In 2012 he was shortlisted for the Sean O' Faolain Short Story Competition.

He is a graduate of History and Classical studies from UCD and the University of Amsterdam. Since graduating he has lived in Granada Spain, London and is currently based in Paris.

I am very glad I had the opportunity to read more of the work of Ferdia Lennon and I will follow his writing career as best I can from the other side of the world.  He is a very talented writer with a wide range of sensibilities.

He has kindly agreed to complete a Q and A Session for Irish Short Story Month Year III so look for that soon.