Letitia Maclintock (1857 to 1881-Donegal,Ireland) probably would be more forgotten than she already is if it were not for the fact that William Butler Years praised her fairy tales as folk lore works and included some of her stories in his Fairy and Folk Tales of  the Irish Peasanty (1888).  There is not much, at least I did not find much, data on her on the internet.   She contributed to Dublin University Magazine and wrote and anti-land league novel, A Boycotted House.  I do not know why she died so young. 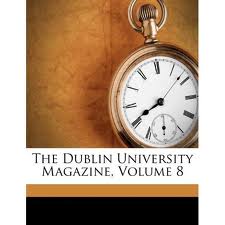 "Far Darrig in Donegal"  probably is mostly of interest to those into the history of the Irish short story.  I almost feel like saying that if William Butler Yeats admired her work that is all that really needs be said.  One of the figures in the past of the Irish short story is that of the story teller.   Story tellers were men, always men  it appears, who traveled the road, stopping at houses.  When they approached a householder they would tell him that they would tell him and all of his people some great stories in exchange for lodging and food and whatever else he might give him.   It was men like this who helped keep the folk traditions of Ireland alive and helped create an audience receptive to short stories. 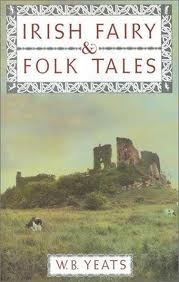 This story is also interesting in that the central figure, Patrick is an Irish Traveller, called Tinkers at the time.  My suspicion, I cannot back it up, is that Macclintock may not have had much real knowledge of the cultural roots of the Travellers and took everyone on the road as a Tinker.   Patrick approaches a farm house and when he admits he has no stories to tell, he is turned away.   He then walks on a bit until he finds an isolated barn and he hides under the star there.   The four giant men enter the barn and begin to roast a corpse over a fire.   I am not sure if we should take this as cannibalism or destroying the body of a man they murdered so they could rob him.    They spot Patrick under the hay and tell him he needs to help them turn the man on the fire.    They move on and Patrick escapes the barn.   He sees them along the road with the body but he tries to hide.  They see him and make him help them carry the body.   A few months later he sees one of the men and complains of how they treated him and is told, "Well Patrick at least now you will have a story to tell".

You can read this story in three minutes top and if you are into the roots of the Irish short story or old short stories in general, I think it is worth your time.

Here is a link where you can read it