"Sandy the Tinker" by Charlotte Riddell

Charlotte Riddell (born Carrickfergus, County Antrim, Ireland-1832 to 1906) was the daughter of a high sheriff.    She wrote seven novels and a large number of short stories.    I think only a few of her ghost or supernatural short stories are still much read.    There is a long tradition of ghost stories in Ireland,  either fiction, folklore or believed true stories.   Any country with as tragic a history as Ireland is bound to have a lot of ghosts.    I think she belongs among the great English language ghost and horror story writers and should be read more than I think she is now.  Last year during ISSW2 I posted on two of her stories and I liked them a lot.  If you like the stories of Joseph Sheridan Le Fanu or Bram Stoker, I think you will like her work.   She is much more than a curiosity read.

I decided this year to read and post on her brief work, "Sandy the Tinker" to a large extent because I am interested in the role of the tinker, now referred to as Irish Travelers, in Irish literature.  I developed this fascination through reading the short stories of Desmond Hogan in which they play a key role. 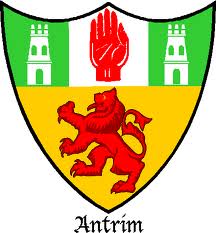 "Sandy the Tinker" has really two central characters, other than Sandy.   One is a newly appointed cleric (the story set in the highlands of Scotland) who just took over from his recently deceased father who had the post for 25 years.  He is seem as a bit aloof by the people in the area, too concerned with refined culture and out  of touch with the live of citizens.  He is regarded as a bit "haughty".  The other is an eight year old minister in a nearby church.

The story is relayed as if it were the narrator telling a story, a once very common device.  As the story opens we are seated in a comfortable mansion eating a nice breakfast in the company of old friends. An eighty year old minister begins to tell a story he knows others may not believe.  It happened thirty years ago and involved the then new minister.

The new minister had send a frantic emergency message for him to come to him as he needs his help desperately.  He lives six miles a way so it is a walk of a few hours but he goes.     He went out of respect for his position as he did not especially like the son as he might have learned to speak Greek or Latin in England, he lacks a true Scottish accent.    His people feel he holds them at an arm's length and do not like him as they did his father.  When the older minister arrives at the house of the younger man, he finds him in a terrible state, trembling and barely able to speak coherently.

Of course the older man asks "what is wrong".  He tells him he had a terrible dream.  At first the older man is angry, why did he waste his time over a dream.  Then the man insists it is not really a dream it is a vision.

I hate to tell too much as the fun of this story is in the retelling of the horrible vision of the new minister.  I will simply say the minister is completely convinced he encountered the devil and was shown a vision of Hell.  The devil tells him he cannot go back home unless he promises to bring him back another person to take his place.   The man thinks of Sandy, a tinker, drunk more often than not and normally filthy dirty.  He thinks no one will miss Sandy, I will bring him to the devil and I will be free.  The devil lets him leave and gives him three days to return.  The next day as never happened before Sandy the Tinker is at the church service, clean and sober as can be.  I will leave the rest of the plot untold.

This is well done easy to read and follow story that I enjoyed read.  If not sooner, I will read more, I hope, of her work during Irish Short Story Week Year 4 in March 2014

You can read this story here