Question and Answer Session with Ruth McKee, PhD.
author of
"Half of What I Say Is Meaningless"

You are invited to participate in Irish Short Story Month-please e mail me if you are interested.

Ruth McKee lives in Skerries, Co. Dublin. She was shortlisted for the Francis MacManus Prize in 2008 for her short story 'Drowning'. She completed a PhD in literature at Trinity College Dublin in 2009, and had her second child in 2010. She has recently begun writing again and her short story 'Half of what I say is meaningless' appeared in The Bohemyth in January. She is working on a collection of short stories, as well as her first historical novel, and hopes that 2013 marks the beginning of a new creative adventure.

You can read my post on her story here.  My post also contains a link to her story.

I don’t like to use the word ‘best’ or ‘greatest’ about any art form. I think that historically the canon is partly based on cultural preferences at the time – whether that’s a preference for white males, or whatever.  These days networking and marketing probably count for as much as merit - however if I had to name three short story writers that I love, then Alice Munro, Chekhov and Italo Svevo would definitely feature.

Declan Kiberd has said the dominant theme of modern Irish literature is that of the weak or missing father?  Do you think he is right and how does this, if it does, reveal itself in your work?

I love Declan Kiberd’s writing, his work was invaluable to me in my research. The theory of a missing or weak father is as interesting as that of an estranged mother, or post colonial angst, or whatever.  All are simply philosophical paradigms at the end of the day – this is probably controversial, but something I have gleaned from years doing a PhD is that you can pretty much argue anything in literary criticism, as long as your examples fit the theory…

You recently obtained a PhD from Trinity College-congratulations!!-what was your dissertation about? 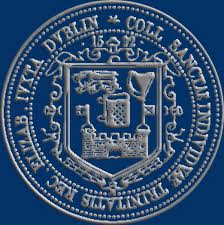 Thanks! My doctorate spanned several disciplines – Italian, Anglo-Irish Literature, and Gender Studies. I was interested in the idea of exile – not just physical, but psychological. Using the philosophical/linguistic theories of Julia Kristeva who uses (in simplistic terms) a paradigm of the subject entering language as attraction/repulsion towards a figurative mother, I researched ideas of identity, nationality and transgression – moral and societal  - in the work of (at the time) undiscovered or little known Irish women writers of the nineteenth century, and Nobel Prize winning Sardinian writer, Grazia Deledda.
I wanted to know how -- on both islands -- these women wrote about nationality, identity, sex, gender, morality - how their own circumstances as women influenced these ideas, and ultimately how concepts of nation and transgression are linked in their work.
I have the greatest respect for academics, but I am so delighted to be writing creative pieces, rather than scholarly articles!

I sometimes wonder why such a disproportionate amount of literature of the world, that is regarded as great, is written in the colder temperate zones rather than in the tropics. How big a factor do you think the Irish weather is in shaping the literary output of its writers? I cannot imagine The Brothers Karamazov being written on a tropical island, for example. 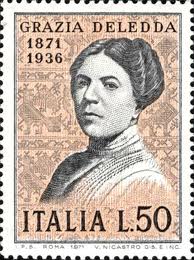 I’m not sure about your initial premise – although it’s fascinating! – but for many writers I think that landscape becomes more than a backdrop and can be felt as an intrinsic part of the narrative. Grazia Deledda’s Sardinia palpitates in nearly every line.

Are social media sites lowering the attention span of readers?  Do people want everything now in 140 words or less?

I think on a positive note that brevity coupled with depth is prized a little more – this is probably not such a bad thing for the short story. I’ll leave the analysis of concentration span to the experts – but on a personal level I find that I have less patience now for slower paced narratives.

(Ok this may seem like a silly question but I pose it anyway-do you believe in Fairies?-this quote from Declan Kiberd sort of explains why I am asking this:

"One 1916 veteran recalled, in old age, his youthful conviction that the rebellion would “put an end to the rule of the fairies in Ireland”. In this it was notably unsuccessful: during the 1920s, a young student named Samuel Beckett reported seeing a fairy-man in the New Square of Trinity College Dublin; and two decades later a Galway woman, when asked by an American anthropologist whether she really believed in the “little people”, replied with terse sophistication: “I do not, sir – but they’re there."

No. But when I was very small, I believed I was queen of the fairies and at my friend’s house tried to prove I could fly. It didn’t end well!

Do you think the very large amount of remains from neolithic periods (the highest in the world) in Ireland has shaped in the literature and psyche of the country?

There are a substantial number  - perhaps more – in Sardinia, from the Neolithic and Mesolithic period; it’s tempting to think that they form part of a collective poetic psyche…

Does the character of the "stage Irishman" live on still in the heavy drinking, violent, on the dole characters one finds in many contemporary Irish novels?

Oh yes, I’m sure the stage Irishman (and woman!) is alive and well. The problem with stereotypes is that there is often a grain of truth. And we are a long way from considering nationality as arbitrary and subjective -- which I think it is.
.

Poets are all different. I’m sure some feel they have an important role in society, perhaps as voices of dissent; some are simply making the dream flesh. Vive la difference!

If you could or had to live anywhere but Ireland, where would you live?

Italy. I lived there for a few years and have never fallen out of love.

Are cats better companions for writers and readers than dogs?

I have three cats. Does that answer your question?!

End of Q and A

My thanks to Ruth McKee for taking the time to answer my questions in such an interesting and informative fashion.  I look forward to following her writing career as best I can from the other side of the world.