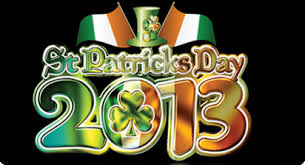 "The drink is like music. How can you explain it to someone who has not fallen in love with it? How it floods your head and pushes the blood three times faster through your veins. The blessed moment of the first one the morning after when it starts to clear away the fear and anxiety it put there the night before. Drink makes the world a place of certainty. In every way."

"If God invented whiskey to prevent the Irish from ruling the world, then who invented Ireland?"-the first sentence from Inventing Ireland:  The Literature of the Modern Nation by Declan Kiberd

It is a literary fact of life that drinking plays a big part in the Irish short story, way bigger than, for example, the Indian short story.   This may be tied in with what is one of the biggest themes of Irish literature, the weak or missing father.   The classic Irish male stereotype of a father is a morose or overly happy heavy drinker who hides from his failures in the pub while he leaves his wife to run and often support the family, assuming he has not abandoned them.  I have found this in many Irish short stories, way out of proportion to American short stories or English.  I will leave to others to explain this, for now, and if you think I am wrong, please say  so.  There are all sorts of attitudes toward drinking to be found in the people in the stories, from those who see as a curse to those who take almost a religious joy in drunkenness.   It also helps people, I think, tell themselves they would be a great success were it not for their love of drinking which they cannot help as it is almost in their DNA. 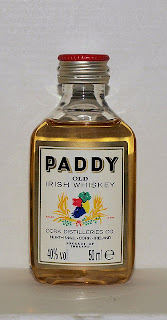 "Lord McDonald" is set in the New York City area in the late 1920s, a time when hard liquor was outlawed though readily available and just before the start of a ten year economic crash.  The story is told by Michael Coleman who styles himself "the finest fiddler that ever lived".   He was a great start in Ireland.  People would actually skip meals so they could by one of his  records.   As the story opens he is at the door of an Irish policeman, their to play at his man's daughter's birthday party.  The only problem is he is a week late!  The policeman when Michael insists it is today tells him his mind is gone from drinking.

Michael spends a lot of time thinking about his past.  He really was one of he greatest fiddle players of all time.  He also thinks a lot about what it means to have left Ireland and come to America.  I love these profound lines:


"It cost people a lot more than their money for the passage when they came over here. The cop wasn’t the worst of them. A lot of them wouldn't let you near their house to throw you off the steps. They’d be embarrassed to hear “The Sligo Maid” or “The Kerryman’s Daughter.” The same people even tried to destroy their accent, whittling bits off it like a man trying to shape a block of wood into something unrecognizable from the original."


"I heard there was men at home who wouldn't eat for a couple of days so they could buy those records. Men who knew me and did that! We had to come to America to record this music from Sligo to be sent back to Sligo for people there to buy even though we’ll never see Sligo again. This world isn't half settled, so it’s not. I was never too mad for work. That was well known around the place at home. All I wanted to do was walk the countryside and play music. Some men will kill for land, others will die for a woman, I lived for reels and mazurkas, hornpipes and highlands, polkas and jigs."

Michael probably never should have left Ireland.   This a wonderful old fashioned story.  I think James Stephens and Seamus' O'Kelly would like this story and I know I did.

Eamonn Sweeney was born in Sligo and now lives in Cork. He is the author of the novels Waiting for the Healer (1998, Picador) and The Photograph (2001, Picador), as well as the non-fiction sports books, There’s Only One Red Army (1997, New Island Books), Munster Hurling Legends (2003, O’Brien Press), The Road to Croaker (2004, Hodder Lir) and O’Brien Pocket History of Gaelic Sport(2005, O’Brien). In addition, his short stories have appeared in various publications and anthologies, and he won the European Short Story Award in 1995. In drama, he has written the radio play You Got the Love and the stage play Bruen’s Twist (2002, Corcadorca). He also reviews for The Sunday Tribune and various RTE programmes..

I read this book in The Anchor Book of New Irish Writing.  I look forward to reading more of  his work one day.