"The Eagles and the Trumpets" by James Plunkett 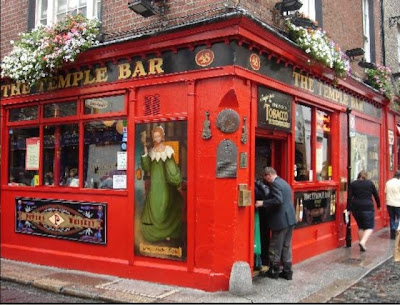 Last year during ISSW2 I read a classic story by James Plunket, "Weep For Our Pride" that centers on an Irish school master whose hatred for the English dominates his teaching.  You could almost feel his hatred of the British in every thing he said.   The Irish Writers Center has this year initiated The James Plunkett Short Story Award, to be given annually in his honor.  (You can find more information here including how to submit your story.)   At the close of my post on Plunkett last year I said I hope to read this story in 2013 and I am now very glad I did. 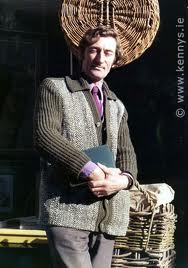 James Plunkett (1920 to 2003, Dublin) had several jobs.   He started out as a clerk at the Dublin Gas Company, then became a trades union official, before settling down into his career in radio and writing.  His best known novel was Strumpet City first published in 1969.  (I have not read this but I see it is available as a kindle edition for a reasonable price so I hope to read it in 2013.  It is set in Dublin in 1913 during the time of the city wide lock out and is considered a grand panorama of Dublin, viewed from the bottom.   He also had two collections of short stories.


"The Eagles and the Trumpets" by James Plunkett is a hard drinking story that deals with a diverse range of people in a small Irish town, mostly patrons of a hotel.  There would be little or no social or other interaction in the world of this story were it not for alcohol.  Everything is an occasion for a drink.  When a man offers a woman a drink, there is more to it than that, as we see in this story.      I have said several times that drinking plays a much heavier role in Irish short stories than it does in short stories form other countries.  I have read, for example, many short stories of The Philippines and the Indian Sub-continent in the last three years and there are virtually no mentions of drinking and for sure not the constant references one finds in the Irish short story.

One of the things Plunkett is a master at is showing how circumstances trap people.  How a deeply felt need for security keeps people emotionally confined.  He shows how people with any power use petty cruelty to embellish their own self-esteem.  It is about people put into totally boring soul destroying jobs at a young age by their parents in the hope of getting a pension in 50 years.   The story covers several people and their lives.

The story opens with Miss O'Hallorhan, the town library who moved here from a bigger place, maybe Dublin six years ago in the only hotel in town.  It is also the center for social gathering and the only place to meet out of town people.  A commercial traveler offers her a drink and one of the story lines has it start.  One thing one learns in the Irish short story is people have their secrets and the traveler for sure has one, maybe two.

We also meet a twenty six year old clerk.  These lines about him will, I bet, reverberate with lots of people


"Put into the firm at nineteen years of age because it was a good, safe, comfortable job, with a pension scheme and adequate indemnity against absences due to ill health, he realized now at twenty-six that there was no indemnity against the boredom, no contributory scheme which would save his manhood from rotting silently inside him among the ledgers and the comptometer machines. From nine to five he decayed among the serried desks with their paper baskets and their telephones, and from five on-wards there was the picture house, occasional women, and drink when there was money for it."

"The Eagles and the Trumpets" by James Plunkett is a very rich story which draws us a sharp picture of the life of the people in the story.  We feel their loneliness, their frustration over the boredom of their lives, we see petty meanness and emotional quietude under which their is a brooding potential for violence.  We hearit casually mentioned as if it were nothing that a woman has been in a "lunatic asylum"  for the last 17 years.  No one asks why.

I read this in Classic Irish Short Stories edited and introduced by Frank O'Connor.