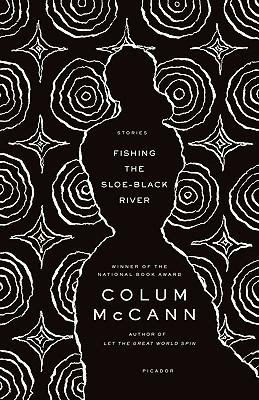 I have recently read two of Colum McCann's novels, Let the Great World Spin and Zoli, both of which I totally loved.  During Irish Short Story Week Year II I posted on a podcast of "Transatlantic", I am not quite sure if this was originally meant as a stand alone short story or if it was an extract from his forthcoming novel of the same name. I am eagerly awaiting the publication of Transatlantic.    I have also read and posted on his short story, "Aisling".

"Fishing the Sloe-River". the title story in a collection of that name, is stylistically very like parts of Let the Great World Spin.  It is set in rural Ireland on the day of a football game.    The players are just guys from the locality, some are actually pretty good and some cannot run half field without a rest.   McCann gives us very brilliant one or two sentence descriptions of the players.  While the men play the wives from both teams are fishing in the Sloe-River, hoping to catch something for the family.   This is described very visually and I can picture the women casting out their lines, all baited with bread.   There is not really much of a traditional plot, it is pretty much impressionistic.   There is a very well done closing conversation between one of the women and her husband.

From the author's webpage 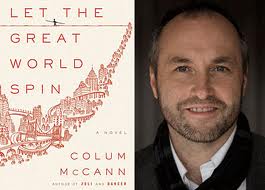 Colum McCann was born in Ireland in 1965. He is the author of five novels and two collections of stories. He has been the recipient of many international honours, including the National Book Award, the International Dublin Impac Prize, a Chevalier des Arts et Lettres from the French government, election to the Irish arts academy, several European awards, the 2010 Best Foreign Novel Award in China, and an Oscar nomination. His work has been published in over 30 languages. He lives in New York with his wife, Allison, and their three children. He teaches at the MFA program in Hunter College.