"The Land of the Ever Young" by SteveWade 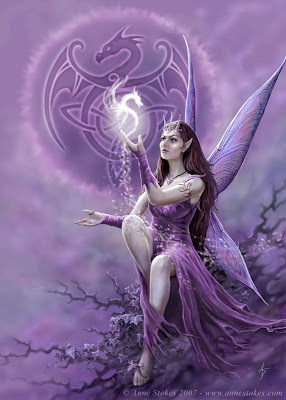 Irish Short Story Month Year III has been extended until April 7.  There are a lot of exciting features still to come.  There is plenty of time for you to participate.  E mail me if you are interested.

"WHERE dips the rocky highlandOf Sleuth Wood in the lake,There lies a leafy islandWhere flapping herons wakeThe drowsy water rats;There we've hid our faery vats,Full of berrysAnd of reddest stolen cherries.Come away, O human child!To the waters and the wildWith a faery, hand in hand,For the world's more full of weeping than you can understand."  W. B. Yeats

In the Q and A sessions for ISSM3 I am asking almost everyone if they believe in fairies.  The answers range from a forceful yes with all my heart to flat out no.  Fairies, little people, banshees and a host of other entities have had a very big role in Irish culture.  I believe in societies which have in the past had their root cultures destroyed by invaders and outside religious codes imposed on them there is often a strong underground believe system which can be seen as in part a defense system. Fairies and such to not first come to life during good times, they are born in the shadows, invaders do not bring them, they emerge from the bogs, the ewe trees and the neolithic mists .   Ireland has  seen terrible die offs in the famines, horrible attacks by the English and before them the Vikings.  One of the hardest on a personal level to deal with consequence of these things are the massive death of innocents, babies, lost children.  The fable of the child stolen by fairies is related in a complicated way to this.

I like fairy tales a lot.  Before you say aren't you a bit old for that Google Einstein and Fairy Tales.  I think one reason many, men especially, do not wish to acknowledge a fondness for fairy tales or a belief in fairies is  the modern association of the word "fairy" to mean an effeminate male homosexual.

"The Land of the Ever Young" recreates and helps us understand the stories of fairies stealing human children and substituting changelings for them.  Part of the root of these stories comes from the famine years where people had to find ways to deal with the starvation of their children.  On another darker side, this story also  treats of the fact that one more hungry child could be the tipping point in a family on the edge of starvation that send everyone else into the grave.

First and foremost 'The Land of the Ever Young" is a tremendous lot of fun to read.  Joseph Sheridan le Fanu or Andrew Lang have no better stories than this.  I will tell enough of the plot to give you a feel for it but I want you to read this story without knowing too much about it.

As the story opens a fairy is revisiting a family whose child she stole a year ago, putting in its place a changeling.  She sees in the window the changeling has grown into a horribly ugly grasping monster.  The parents have had a spell cast on them that makes the changeling look like a beautiful baby.  The fairy loves her human child but she sees the changeling is going to be the death of he other ten children in the family with his ravenous hunger.

In beautiful masterful prose Wade tells us how the fairy plots with her cohorts to destroy the changeling. 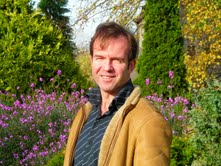 Steve Wade is an Irish Writer and English language teacher. A prize nominee for the PEN/O’Henry Award, 2011, and a prize nominee for the Pushcart Prize, 2013, his fiction has been published widely in print and online. His work has won awards and been placed in prestigious writing competitions, including being shortlisted among five in the Wasafiri Short Story Prize 2011, a nomination for the Hennessy New Irish Writer Prize, and Second Place in the International Biscuit Publishing contest, 2009. His novel ‘On Hikers’ Hill’ was awarded First Prize in the UK abook2read Literary Competition, December 2010 – among the final judging panel was the British lyricist sir Tim Rice. His fiction has been published in over twenty-five print publications, including Zenfri Publications, New Fables, Gem Street, Grey Sparrow, Fjords Arts and Literary Review, and Aesthetica Creative Works Annual.

You can read "The Land of the Ever Young" here

You can learn more about his work and find links to more of his stories on his very well done webpage.