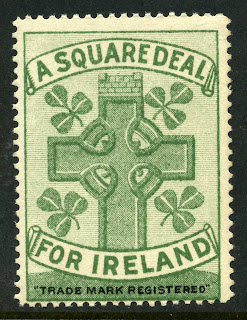 "The Masque of Blackness marks another giant step in the astronomical career of Mr Norman Collins. Dublin can be grateful for his presence. A colourful, courageous experiment. His photograph, blown beyond all proportions of life, gazed back at him, a smug light glowing in the smile which somehow he felt had not been there when he sat under the camera. It was not his face, indeed not, but an illustration of what the critics made of him. This year he was fashion, next year perhaps they would ritually slaughter him."

John Banville is a towering figure of contemporary literature.  I have previously posted on three of his novels and during ISSM2 on  one of his short stories.   (There is some background information on him in my prior posts.) 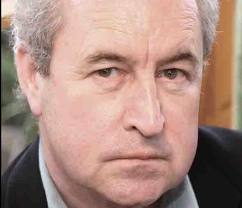 The story is about Norman Collins, now the darling of the Dublin stage.   He knows the same critics and theater managers who adore him now will soon turn on him as they have many others.   I really think the best way, for me at least, in approach a work of John Banville is just to savor the marvelous prose and accept that you are witnessing the work of a master artist.   I love opening lines of the story.   They powerfully evoke a feeling of coming night, of the ascendance of death, never to far away in the Irish short story.


"A storm was gathering, he could feel it as he drove homeward through the evening city. There was a bitter taste of sulphur in the air, and in the west the sky was blood-stained where the sun had lately fallen. Along the canal the copper beeches stood evil in their vivid stillness, and the water, flowing full and slow, carried on its back a silver metal sheen. At the Four Courts a bent old lady in a black hat stood leaning motionless on her cane and stared intently at the high blind window of a house across the road. Down Winetavern Street a lame dog trotted, sniffing the nervous air, and seven swans were gliding on the river."


The power and plot of the story is on the actors reflection on the nature of his craft and the social setting of Dublin theater, where you are a genius one day and in six months you cannot find work.  He does have a giant ego but we can accept that as he needs one.

Norman goes to visit his friend Jacob, evidently a man who built skyscrapers in Dublin.   What their exact relationship maybe is unclear to me but it is very deep and goes back a long way.   The details of their conversation are brilliant.  As I hope you will have the pleasure and the considerable challenge of trying to "understand" this story I will leave it the remainder of the story line untold.

I read this in The Anchor Book of New Irish Writing.

I hope to read his novel Ancient Light in 2013.

I love John Banville! I found Birchwood a truly beautiful novel, and also enjoyed The Sea. I've been planning to read something else by him, so it's good to hear about this short story, and also about his new novel this year. Thanks for posting!